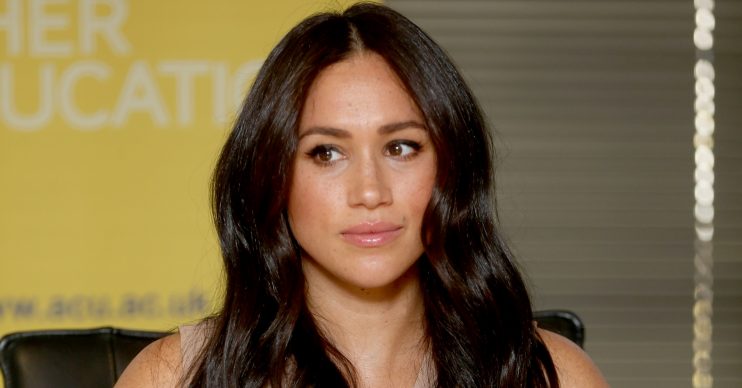 Her agent is trying to secure her an offer apparently

It’s been reported that Meghan Markle wants to land a role as a Hollywood superhero in a blockbuster film.

The former actress is apparently keen to get back to work after she and husband Prince Harry announced they would be stepping back from the royal family.

According to a source, Meghan’s agent Nick Collins has been busy trying to secure her an offer.

The insider told the Mail On Sunday: “He has said she wants her return to acting to be part of an ensemble cast in something like a superhero film He’s actively seeking such a movie for her. He’s saying she is available and open to the best offers.

“Meghan is planning a series of meetings in Hollywood. She has already done the voiceover for Disney and now word is out that she’s looking for a superhero film, as a voiceover or even on screen.

“She knows she can’t carry a film as an actress. People won’t be able to get past the fact she’s Meghan Markle. But she’s determined to act again and she thinks a big, ensemble film is the way to go… something that pays big but which doesn’t put her front and centre.”

Earlier this year, it was reported that Meghan had signed a voiceover deal with Disney.

She inked a deal to work with Disney in return for a donation to an elephant charity, according to The Times.

Now word is out that she’s looking for a superhero film, as a voiceover or even on screen.

Meghan, 38, was believed to have recorded her voiceover in November, before she and Harry, 35, left the UK for a six-week break in Canada with their son Archie.

Meghan has been in Canada for the past month with Harry and their nine-month-old son Archie.

Harry recently returned to Britain to attend engagements while Meghan stayed in Canada to look after their little boy.