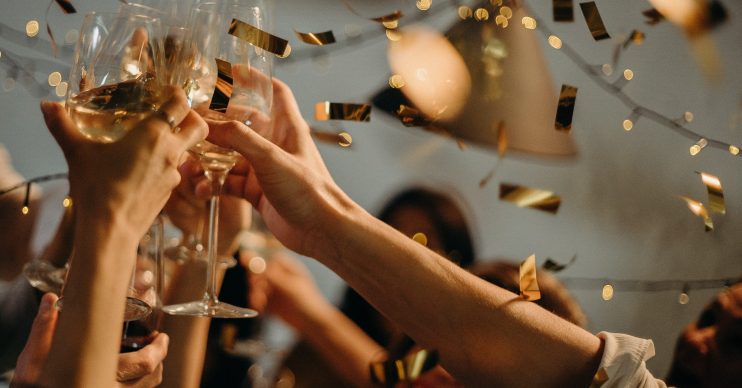 Things can get carried away easily

It’s very easy to get carried away and drink too much at your work Christmas party, right?

But beware because apparently you could get sacked for having too many bevvies and doing something stupid at the festivities.

A lot of things can go down when people have had a drink and it’s all fun and games until someone has too much and starts telling colleagues and their boss what they really think about them.

Read more: Experts warn you could get fined £5,000 for singing too loudly in your car

So it’s important people remember to not go overboard with their drinking because it could land you in a lot of trouble if you step over the mark.

Priya Cunningham, an employment lawyer at Watermans Solicitors, told the Daily Record: “The employer needs to bear in mind reputational damage to their business when considering an employee’s conduct on a night out.

“Bosses are also vicariously liable for their employees’ actions. If an employee assaults someone on a night out, leaving them with a life changing injury – such as brain damage – the employer may also be liable for their actions.

“It’s important to get advice from our employment law specialist if you’re facing the sack after your Christmas work do.”

However, because of new employee rights, it can be hard to just fire somebody without being taken to a tribunal.

Employers can however sack an employee without warning if the person in question has committed gross misconduct on company time, which Christmas parties class as.

The employer needs to bear in mind reputational damage to their business when considering an employee’s conduct on a night out.

In other news, we recently revealed you could be fined for singing too loudly in your car.

This time of year, there’s no better feeling than finishing work, hopping in your car and blasting some festive tunes.

However, drivers could be given a £5,000 fine and even points on their license if they end up in an accident as loud singing can be classed as “careless driving”.

Director of hire firm Select Car Leasing Mark Tongue told the Mirror: “If you’re singing loudly, dancing in your seat and generally getting into the groove, then you’re at risk of being distracted from the job at hand – which is keeping your eyes on the road.

“If there’s evidence – either dashcam footage or testimony from a police officer – that you were dancing and singing prior to an accident, you could ultimately be prosecuted for dangerous driving or driving without due care and attention.”