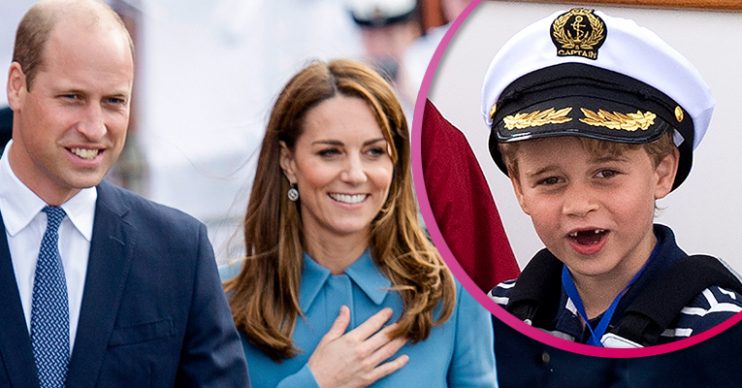 They sent a card to fans

The Duke and Duchess of Cambridge have thanked fans for their “kind thoughts” on Prince George’s sixth birthday.

The young royal celebrated his sixth birthday on July 22 and reportedly marked the occasion with a football-themed party for his entire class.

Now, royal fan account loopycrown3 has shared a photo to Instagram of a thank you card they received from Kate and William on behalf of their son.

Read more: Will and Kate spice things up ahead of royal tour as the duchess reveals she likes it ‘hot’

The card features a photo of George on the front which Kate and William released on his birthday.

The image shows the little boy showing off his toothy grin while wearing an England football shirt.

On the back, a message from the Duke and Duchess was printed and the card was watermarked with the Kensington Palace notepaper.

It read: “The Duke and Duchess of Cambridge appreciated your kind thought in writing to Prince George on the occasion of his sixth birthday.

“This was most thoughtful of you and greatly appreciated by Their Royal Highnesses who send you their best wishes.”

The delighted fan captioned the post: “Wonderful postcard from the Cambridges thanking me for sending my birthday wishes to HRH Prince George of Cambridge.”

Back in July, Kensington Palace released new photos of George to celebrate his special day.

Kate, a keen amateur photographer, took the pictures in the family garden at the palace.

The images were captioned: “The Duke and Duchess of Cambridge are very pleased to share new photographs of Prince George to mark His Royal Highness’s sixth birthday.

“These two photographs were taken recently in the gardens at Kensington Palace by The Duchess of Cambridge.

“Thank you everyone for your lovely messages on Prince George’s Birthday!”

These two photographs were taken recently in the gardens at Kensington Palace by The Duchess of Cambridge.

Thank you everyone for your lovely messages on Prince George’s Birthday! 🎂 pic.twitter.com/2LBr0wdzy1

Read more: Prince George invites his classmates to Kensington Palace for a playdate

Later in the month, it was said that George celebrated with pals at a football-themed bash.

At the time, Hello! reported that the action-packed after-school party took place at the London home that George shares with his parents and younger siblings Princess Charlotte and Prince Louis.

Before his birthday, George reportedly requested that his birthday celebrations to be small and low-key.