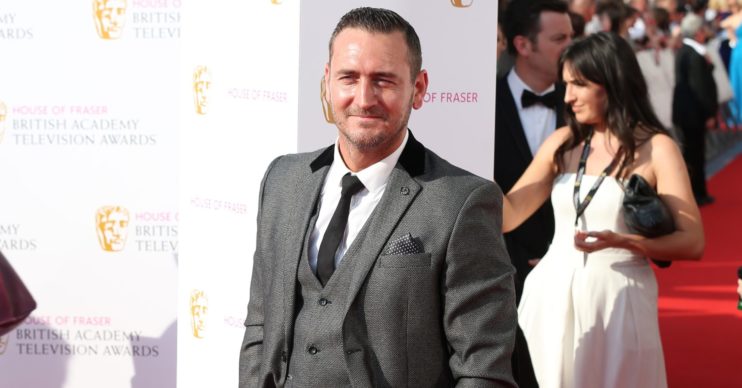 Will Mellor has opened up about his heartbreak over losing his dad in April.

He talked about not being able to comfort his grieving family due to social distancing rules.

And the actor revealed the final exchange they had before his dad died from cancer.

Read more: Will Mellor reveals his dad has died in heartbreaking video

Will revealed his grief on a podcast with his former co-star Ralf Little.

The two starred together in Two Pints of Lager and a Packet of Crisps for 10 years.

Will told Ralf all about the last time he saw his dad.

Read more: Will Mellor wants to return to Hollyoaks as Jambo

“He sat in a chair outside the back door and I sat up the garden and I didn’t hug him because of the coronavirus thing and he passed away without me doing that.

“He actually said to me ‘if I got hold of you I wouldn’t be able to let go”. That was one of the last things he said to me and it absolutely killed me.”

The friends were chatting remotely from their respective homes for the podcast.

At the match with mum and dad!! #mufc #family #manchesterunited

Will was searingly honest about his heartbreak.

He said: “If I knew then what I know now then I would have grabbed hold of him but I didn’t, and that was the last time I saw him.

“He died within two weeks, he had another two seizures and he was getting worse and even though it’s horrible to say he wanted to go, he knew the road would be really long.

And Will said his dad was struggling. “He said ‘I just want to go to sleep and not wake up.'”

Then Will apologised for the dark content of the podcast.

But he pointed out that many others might be in similar situations.

The podcast’s fifth episode is the latest in the series of Two Pints with Will and Ralf and will be available to listen to on Acast, Spotify and iTunes from Tuesday.

He previously told Loose Women about his devastation at the loss.

What do you think of this story? Go to our Facebook page @EntertainmentDailyfix and leave a comment to let us know how you feel.