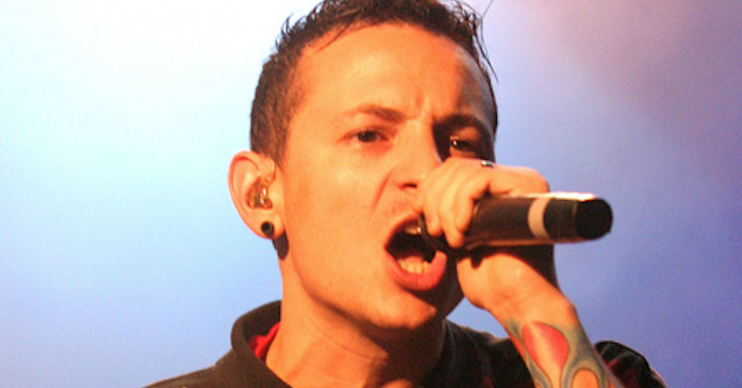 The widow of Linkin Park’s Chester Bennington has reportedly remarried.

It claims she married Los Angeles fireman Michael Fredman on December 31 – 14 years after getting hitched to Chester on the same date.

Rock star Chester, 41 at the time of his death, passed away after taking his own life in July 2017.

#LPFamily Please follow @who . Today is Suicide Prevention Day and I will be telling the world about our #family. Our stories of help, love, and continued support for one another. Feel free to introduce yourself on the @who comments on both IG and Twitter. There are still millions of people that need our love and support! Tag and repost all you can! And I can’t wait to see your #40seconds of action . xo T

It is thought Talinda and her new husband exchanged vows at the Turtle Bay Resort in Kahuku, Hawaii.

And it is also reported her three kids with Chester – their son Tyler and twin daughters Lily and Lila – were on hand for the ceremony.

I will always love my husband, Chester. And I will keep honoring him by living MY life.

Talinda insisted she would honour Chester’s memory when she announced her engagement back in September.

She wrote: “I am overjoyed to announce my engagement to my angel on earth, Michael F.

“I am here to tell you that you can find love after tragedy. That [the] death of a soulmate does not mean the death of you.

“My family, friends, and my Linkin Park brothers welcome him to the family with open arms.

“I will continue to honor Chester and continue my life’s mission to make his passing not in vain.”

Talinda continued: “To all suicide loss survivors, you CAN be happy again. You CAN have space in your heart for grief, joy, happiness, sadness, and love.”

She also made it clear Chester would want her to live a “life of love and happiness” and dismissed speculation she became engaged nearly two years earlier.

Your heart expands with love. It doesn’t shrink or push out those that have already taken root. I will always love my husband, Chester. And I will keep honoring him by living MY life. A life of love and happiness. Because that’s what he would want for me. xo T ** I absolutely did NOT get engaged in Nov of 2017!!! Please stop listening to someone who no longer knows me or MY family and is desperately trying to stay relevant.