The star announced the news on his Instagram on Friday while keeping the identity of his beau secret.

Mark, 38, shared a photo of his hand with a silver wedding band on next to two glasses of Prosecco as the couple enjoyed a holiday in the Maldives.

Mark also shared a video of their tropic getaway and another image showing the couple walking along the beach.

The singer wrote: "2019 has been so amazing to me so far and it’s only getting started! I wanted to be the first to say it... #engaged."

2019 has been so amazing to me so far and it’s only getting started!

Fans rushed to congratulate the couple with one person writing: "Congratulations Markus! Wondering who's the lucky guy."

Another said: "Congratulations on your engagement so so happy for you," while a third added: "Awww that's brilliant news. Big congratulations to you both." Mark has kept his relationship private over the last six years and rarely opens up about his love life.

But during an interview with MailOnline in 2017, Mark explained why he keeps his romance under wraps.

He said: "He is not quiet believe me, he is far from quiet, but he has no experience whatsoever in the music industry and he is quite shy about coming to the red carpet.

"A lot of people ask me his name and it is not that I don't say his name, it is his thing to say and if he wants to be in a magazine then that's his choice."

The My Love singer also admitted at the time that the couple planned to start a family. 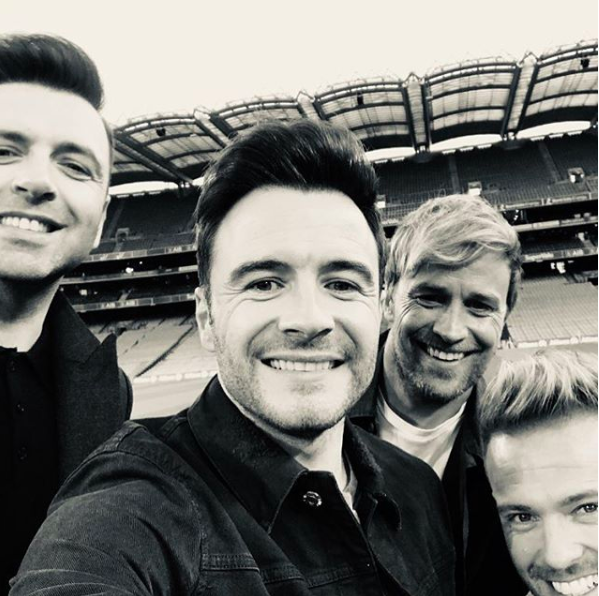 He added: "I am looking into all the options and obviously it is a little more complex for a gay couple than a heterosexual couple because they can just do it- literally. I am more ready now then I ever have been, I have never felt more eager and broody."

Meanwhile, speaking about his future marriage plans to RTE, Mark said at the time: "I'm a traditionalist at heart and it's always gonna be one of my dreams in the future to get married – but both of us are very laid back on that front."

Leave your congratulatory messages for Mark and his partner on our Facebook page @EntertainmentDailyFix!