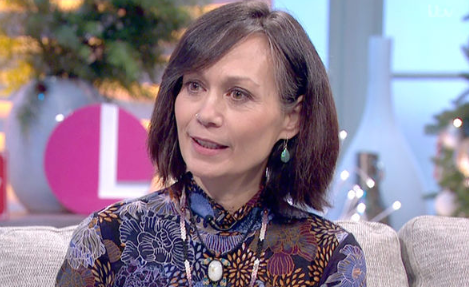 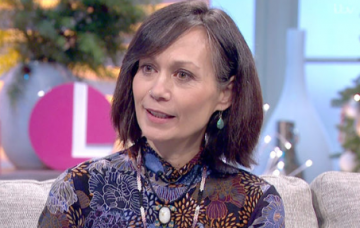 She said she wants to feel "normal again"

Leah Bracknell has admitted she’s “fed up” of living with terminal cancer.

The former Emmerdale actress, who was diagnosed with stage four lung cancer in 2016, said she wants nothing more than to feel “normal again”.

Leah, 54, made her emotional admission in a new post on her blog, Something Beginning with C – where she documents her illness.

Read more: Leah Bracknell writing a memoir after being confined to the sofa

Leah told fans she feels “trapped in a cage” due to a number of issues linked to the disease that have impacted her life.

She wrote of her guilt over “having a moan and a whinge” to have her life back, as she understands “there are people out there who are enduring much worse circumstances than I”.

She added: “But that little part of me that is feeling sorry for myself just wants to be seen and heard. She wants to jump up and down shouting ‘It’s not fair’, ‘I want my life back’, ‘I want to feel normal again.'”

The star said that normal to her would mean “not having the state of your health on your mind, or at least lurking around the periphery 24/7” and to have independence, to not have to rely on other people to “complete simple functions that you once took for granted”.

She said she wants to be able to do “simple stuff” with ease again, like driving, walking and breathing, and that she would like to not have to plan her life around hospital appointments.

She also described the last time she felt “normal” in October last year, when she visited Devon to see friends before heading to Brittany in France with her husband Jez Hughes.

However, on her return to the UK, she was immediately admitted to hospital in London, before having to be readmitted to another one nearer to her home several days later.

In the blog, Leah told of developing more physical issues in her spine due to the cancer, how she had to do “by necessity, absolutely nothing” over the Christmas period.

She then tripped over her washing, a pain that she likened to giving birth, and that she has not “cooked a meal in months, or done the washing, or done any housework, or shopped”.

Leah, who is also a yoga teacher, said she recently had a “vision of normality peeking over the horizon” recently, before an abnormality concerning her heart was discovered, putting her cancer treatment on hold.

The TV star said she set herself the challenge of sharing her experiences in order to not feel alone in her journey, and to help others.

“It is an unexpectedly cathartic process,” she wrote. “But if there is one thing that it has taught me above all else is that we are not alone, and together we lift each other up.”

Leah’s battle with cancer came to light in October 2016 when her husband launched a Go Fund Me page to raise money for her to undergo treatment overseas, due to a lack of options available on the NHS.

She had been diagnosed in September after rapid weight gain around her abdomen and breathlessness prompted her to seek medical help.

After the actress was diagnosed, fans helped her raise more than £50,000 to undergo groundbreaking treatment in Germany. She started taking new medication, but later revealed that it had failed.