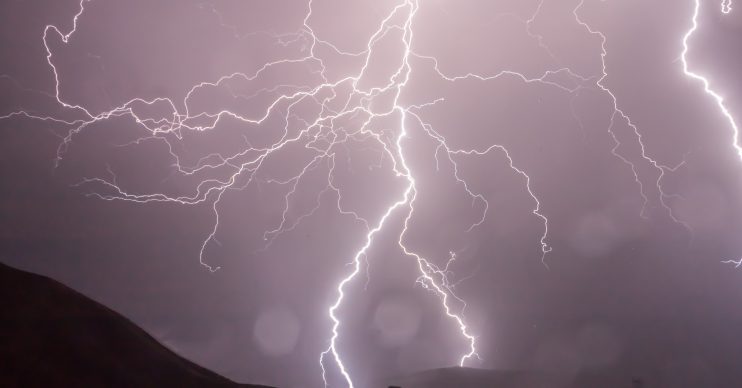 The Met Office has issued a weather warning as heavy downpours and gusts are heading to the UK and a bout of stormy weather sets in.

After a spell of warm weather, Britain is due three days of unseasonable thunderstorms and raging winds and rain.

Forecasters have predicted extreme weather conditions for August, including 60mph winds and up to 60mm of heavy rain throughout the country.

After a bout of adverse weather, over 300 homes have already been left without power near Woodbridge, Suffolk, Ludlow and Shropshire.

Due to torrential rain, some homes and roads were flooded in areas of North Wales and flights have also been cancelled in Exeter and Cornwall.

Gales were so strong in areas of Devon and Northern Ireland that trees were falling.

The Met Office has warned that these wet and windy conditions could last over a 54-hour period as we head into the weekend.

There have also been 14 flood alerts issued across England and Scotland.

Neil Armstrong, chief meteorologist at the Met Office, said: “This low-pressure system will bring challenging conditions, including unseasonably strong winds and heavy rain, from the west during Friday and Saturday.

“Summer storms – compared with those in autumn and winter – always have the potential to create additional impacts because more people are likely to be outdoors, especially by the coast.

“Additionally with trees in full leaf they are more vulnerable to being brought down by strong winds.”