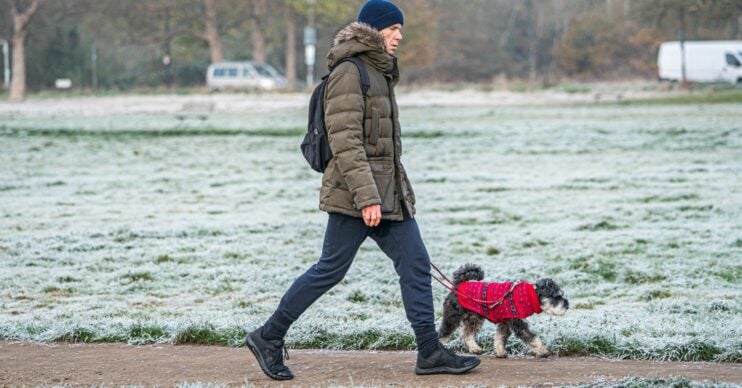 The Met Office has warned of icy conditions on the roads

According to weather forecasts in the UK, ‘thundersnow’ is expected to hit parts of the country and a warning has been issued as a result.

Forecasters are warning snow showers and lightning strikes could disrupt travel and cause power outages.

Met Office has issued yellow warnings for snow and ice for parts of northern England, western Scotland and Northern Ireland for the rest of the day, and tomorrow (January 7).

There’s expected to be some snow today across parts of the UK.

Weather in the UK

As a result, freezing conditions will arrive in the evening and wintry storms tomorrow.

The UK is currently in the grips of a cold-weather snap.

The coldest temperature in England this winter was recorded last night (January 5). The temperature dropped to a bitterly cold -8C in North Yorkshire.

‘Thundersnow’ is caused by the same conditions which spark thunder in the summer.

However, the difference is the temperature between the ground and air surrounding.

According to Sky News, Met Office spokesman Grahame Madge said: “Because you have got that differential it’s possible, quite easily, for warm air at ground level when it heats up to start to rise very quickly up through the cold air and that’s what creates the potential for thunderstorms, so we are likely to see along with the other wintery showers, likely to see hail and snow.”

“Blustery, wintry showers will follow, with local thunder possible in the west, mainly the Northwest.

“A thunderstorm that occurs with wintry precipitation is called thundersnow and is quite rare.

“The lightning can appear brighter because of the light reflecting off the snowflakes, but the snow can dampen the sound of thunder.”

Ice may cause major hazard in some areas.

As a result, drivers will need to watch out between Thursday at 10 am and Friday (January 7) at 6pm.