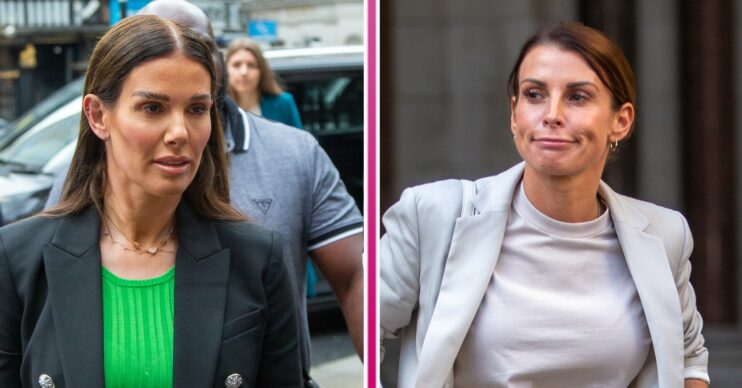 The trial is finally over

Within minutes of the result being revealed, the British public took a clear side – and it’s a double whammy of bad news for Rebekah Vardy.

At 12pm today (Friday, July 29), the result of the Wagatha Christie case was revealed.

It was announced that Rebekah Vardy had lost her High Court libel case against Coleen Rooney.

For those not in the know, Coleen accused Rebekah back in 2019 of leaking stories about her to the press.

Rebekah denied the allegations and sued Coleen for libel.

However, suing Rooney failed. The judge ruled that it was likely that Rebekah’s agent, allegedly with Rebekah’s help, had leaked stories about Rooney to the press.

In her judgment, Judge Justice Steyn said that Coleen had succeeded in establishing that the essence of her social media post accusing Rebekah was “substantially true”.

In her conclusion, she said: “I have found that Ms Vardy was party to the disclosure to The Sun.”

She then continued, alleging: “Ms Vardy knew of and condoned this behaviour, actively engaging in it by directing Ms Watt [her agent] to the Private Instagram Account, sending her screenshots of Ms Rooney’s posts.”

Additonally, she accused Vardy of “drawing attention to items of potential interest to the press, and answering additional queries raised by the press via Ms Watt.”

It became clear pretty quickly who’s side the public were on with regards to this case, with Brits dealing a double blow to Vardy.

“Coleen Rooney should become a private investigator. The way she gathered evidence over time and waited until she had it all to say it was Rebekah Vardy. She’s in the wrong job,” one person wrote.

“Coleen Rooney is our queen,” another then said.

However, others simply could not care who won the case.

“Two women with too much time and money on their hands,” one Twitter user grumbled.

“What a complete waste of money. I’ll never understand the rich and their abnormal behaviour,” another said.