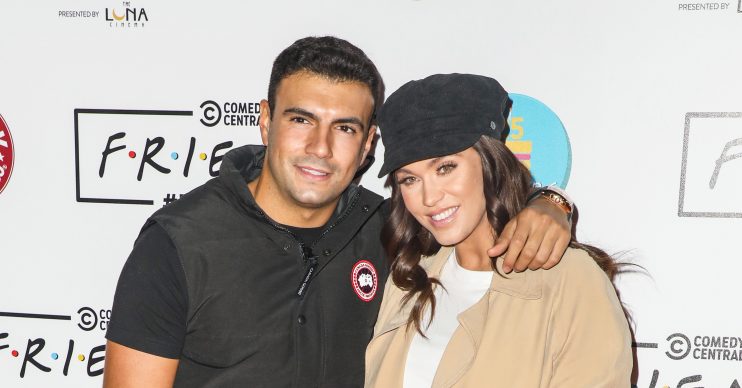 Vicky and John Noble called off their engagement last November

The star and businessman John, who started dating in November 2016, split at the end of last year after he was spotted getting cosy with another girl in a Dubai nightclub.

The pair called off their engagement and John moved out of the home they shared together.

Vicky later admitted she was left a “heartbroken mess” and “humiliated” by the split.

However, just a little under a year later, Vicky has moved on, having found love with former TOWIE star Ercan Ramadan.

Vicky, 31, and Ercan, 36, started dating a few months after the split from John after the ex-reality star messaged her on Instagram.

She credits him for being the “person who put me back together”.

Speaking to The Sun’s Fabulous magazine about their relationship, she said: “I know it probably sounds really sickly, but he’s just so nice.

“I’ve never gone out with someone really nice before. I didn’t know fellas like this existed.”

The reality TV star admits she can move too fast in relationships and falls in love very easily, but she can’t help herself.

Vicky said: “I love ‘love’ and I can’t help myself. Why put the brakes on just to keep other people happy? I can understand people being concerned, but it’s my life and I’m really happy. Finally.”

She also admitted she has terrible taste in men, but it’s different with Ercan.

She described him as “kind” and “wonderful” and said all her friends and family “love him”.

When asked if Ercan was the one, Vicky said she’d like to think so but admitted she’s also said that so many times before.

“He makes me accept myself for who I am, he’s proud of my career and he makes me happy first thing in the morning,” she continued.