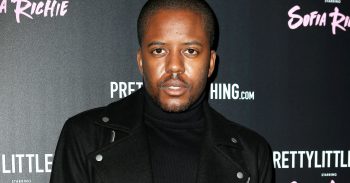 He's been through a dark time

TOWIE star Vas J Morgan has revealed that he thought about taking his own life before his friends and family intervened and he was sent to rehab.

The 30-year-old entered a Thailand facility for three months to tackle his demons, after contemplating whether life was worth living on his 29th Birthday.

The reality star explained that, after a bout of partying in Hollywood, a culmination of the pressure of the spotlight and anxiety about his sexuality got the better of him.

He then confided in pal and Topshop heiress Chloe Green, who he credits for helping to save his life.

Recalling the dark time he was sat in a hotel room on his birthday, Vas told The Sunday Mirror: “I thought, ‘I either die today or go and get help today because it is not the life I want to be living’.”

After calling his sister for comfort, he contacted Chloe, who is the daughter of billionaire businessman Philip Green, because he felt he could open up to her.

Vas continued: “I told Chloe, ‘Things are really bad’. She said, ‘OK, you need to get help. I am going to hang up and call you back’.”

He went on to reveal that just minutes later he received an email confirming that he had been booked into a Thai rehab facility called The Cabin, which can cost up to £15,000 to stay.

Chloe had arranged for the Celebs Go Dating star to get better at the Chiang Mai retreat for 12 weeks and Vas says it did him the world of good.

He stayed in a sector called Rehab 12, which reportedly has been created for people who are gay.

Vas thanked the process for saving him, adding: “It changed my life.

“I had problems like internalised homophobia, I hated being gay. But I had therapy every day.”

Vas found fame after he appeared on The Only Way Is Essex from 2014 to 2016. But he has grown up in famous circles.