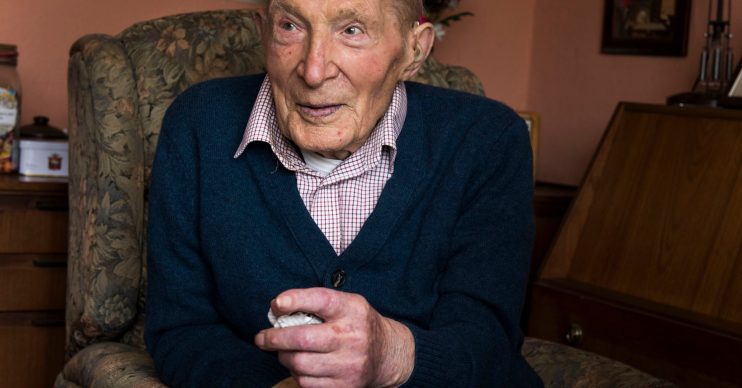 The Scotsman said porridge was the key to a long life

Britain’s joint oldest man has passed away at the grand old age of 111 and 128 days.

Alf Smith, from St Madoes in Perthsire, Scotland, said porridge and a good sense of humour were the secrets behind a long life.

Born on March 29, 1908, Mr Smith shared his birthday with Bob Weighton, with the pair sending birthday cards to each other every year, making them Britain’s oldest pen pals.

Read more: UK to be battered by first of FOUR Atlantic storms before heatwave

Perth councilor Eric Drysdale was among those to lead the tributes following the sad news of Mr Smith’s death.

Writing on Twitter, he said: “Sad to hear this morning that Scotland’s oldest man, Perth and Kinross-based Alf Smith of St Madoes has passed way aged 111 years and 128 days.

“When he was 100 he bought a new washing machine and decided on a 10-year extended warranty!

“Optimism seems to be the key to a long life.”

Mr Smith was born in Invergowrie and was the fifth of six sons of John and Jessie Smith.

In 1927 he emigrated to Canada with four of his brothers but returned after five years and went on to drive lorries for his brother George.

During the Second World War, he was in the Home Guard and married Isobel when he was 29.

Last year, Mr Smith was presented with a bottle of whisky from Perth and Kinross Council. “He doesn’t drink now,” said his daughter, Ms Noble.

“Last year, I walked into the kitchen and I could hear this glugging noise from the living room.

“I came back through and found he had opened the bottle himself and taken a wee swig.”

His minister, The Reverend Marc Bircham of St Madoes and Kinfauns Parish Church, described Alf as a “wonderful character” who brought great joy to all who knew him.

Bob Weighton, who is now Britain’s oldest man all by himself, has put his longevity down to being one of “life’s survivors”.