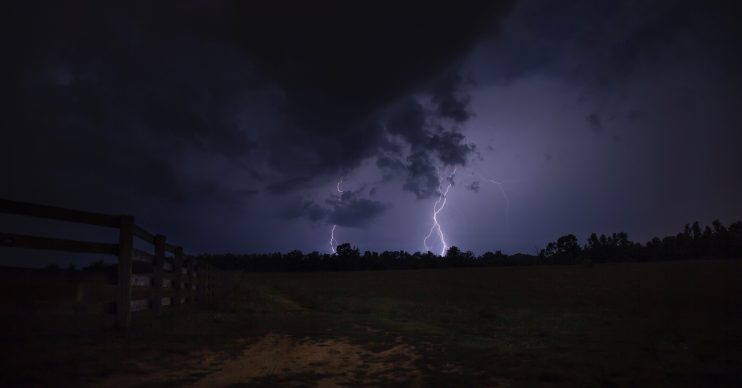 But hot weather is on the way...

Britain is braced for intense downpours as the first of four Atlantic storms batters the country today.

The Met Office has issued yellow weather warnings for parts of the UK and forecasters have predicted the country could face an “early Autumn” in the coming weeks.

However, it’s been said a heatwave is on its way for the second half of August with temperatures expected to hit 30C.

Be prepared for some #thundery downpours this afternoon ⛈️🌂 but there’s some #sunshine around too ⛅️ pic.twitter.com/zZszykUy2b

The warning for thunderstorms is in place until 10pm on Sunday and covers Scotland and northern England.

The 1,200-mile wide storm system is just one of four to hit the country and will last until Wednesday (August 7).

The second storm is expected to hit Friday to Sunday, with more rain sweeping across the UK.

A third and fourth low pressure system will hit the following week, according to The Weather Outlook.

But, luckily for Brits, summer isn’t over yet as temperatures could hit 31C later in the month.

“The first low pressure brings heavy showers until Wednesday, heaviest in the North and West but with gusty winds in the South, and the next low pressure from Friday brings showers for the weekend.

There will be torrential downpours in places today, but also some dry and fine weather in between #WeatherAware pic.twitter.com/KS7TxWhDym

Read more: Britain set to be hit by another heatwave following Atlantic hurricane?

He also said floods and 50mph gusts are expected.