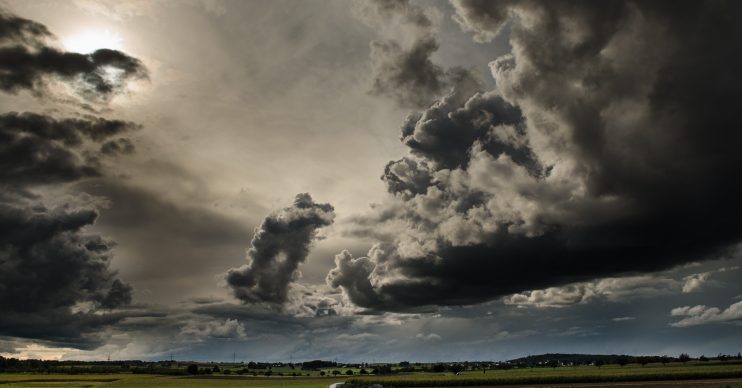 Flood warnings have been issued

More rain and thunderstorms are on the way next week, weather experts have predicted.

The Met Office has issued yellow weather warnings for Tuesday and Wednesday (June 18 -19), with flooding possible for some areas in the south and east of England.

It is believed some areas in Lincolnshire, the Midlands and the east of England have endured over a month’s worth of rain in just a couple of days earlier this week.

Forecasters have also warned that power supplies could be interrupted by the torrential conditions, although there are hopes that some summery weather could appear very soon.

Lincolnshire has had 114.5 mm of rain so far this month, making it their 5th wettest June on record already and we’re only halfway through 🌧️ pic.twitter.com/tMD8Zu9igS

“Thunderstorms may develop bringing torrential rain, hail and lightning to a few places, with potential disruption to travel and flooding,” the Met Office told the Mirror.

“There is a small chance that homes and businesses could be flooded quickly, with damage to some buildings from floodwater, lightning strikes, hail or strong winds.”

The spokesperson continued: “There is a slight chance that power cuts could occur and other services to some homes and businesses could be lost.”

However, according to the Sun, the miserable June could improve with hot air and drier skies pushing up the temperature to around 27C at the beginning of next week.

With #sunshine ☀️ and #showers 🌦️ today you may see some #rainbows 🌈 today.

If you take a photo of any, or any other weather we would love to see them via #LoveUKWeather!

We will post some of our favourites later 📷📱 pic.twitter.com/7BBDJEYIEa

Met Office forecaster Steven Keates said: “Coming days will feel like summer again and be completely different to the past week.

“Very hot air from the Mediterranean will bring humidity from Monday, with 23C, then 26C and 27C not out of the question on Tuesday and 25C on Wednesday.

“But thunderstorms push across the UK from late Tuesday and through Wednesday.”

The BBC also reports that rain will clear to the east on Wednesday, but some showers will persist.

A #thunderstorm warning has been issued for Tuesday and Wednesday with some flooding likely. #Hail, #lightning and gusty #winds are additional hazards. Stay #WeatherAware pic.twitter.com/kdpgweV5Ac