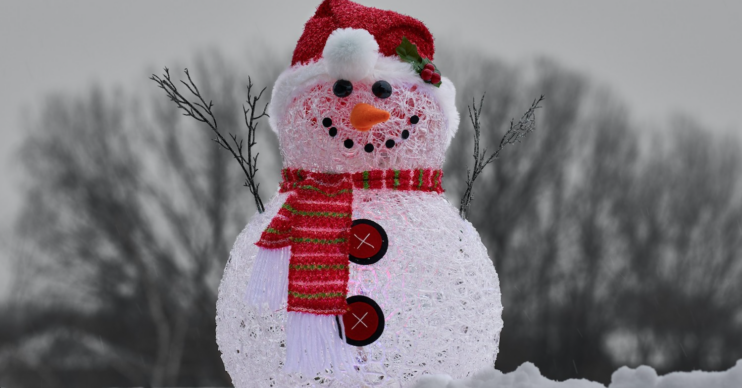 Could it happen this year?

According to the UK weather forecast, Britain is tipped for a white Christmas for the first time in a decade.

So far this month, the temperatures have remained mild.

But a cold snap closer to the big day itself might mean snow for some.

What does the UK weather forecast say?

According to the Daily Mail, the Met Office says that the weather is expected to become unsettled towards the end of next week.

And that means “snow [could be ] possible in some places”.

A Met Office spokesperson says that if an area of low pressure comes from the south, this would lead to a “bitter, easterly airflow”.

“Eastern areas could get the chance of snow,” the spokesperson added.

“It’s too early to say whether this will happen.

“An alternative scenario would see low pressure moving in from the Atlantic, which would bring warm, wet air. It’s a waiting game.”

Wintery conditions on the way

The official forecast on the Met Office website says: “Towards the middle of this period the threat of rain or wintery conditions increases, particularly towards the south and south west.

“During this time some stronger winds are possible, although these are likely to be confined to southern regions. Temperatures likely to be rather cold with overnight frosts and increased risk of fog.

“Settled conditions however are likely to remain through the last few days of the year with a continued risk of frost and fog.”

When was the last time the UK had a white Christmas?

The last time the UK enjoyed a white Christmas was in 2010.

And, despite the romance of a white Christmas, it’s a relatively rare occurrence.

The country has only experienced a white Christmas four times since 1960 – that is to say at least 40 per cent of weather stations reporting snow on the ground at 9am on December 25.