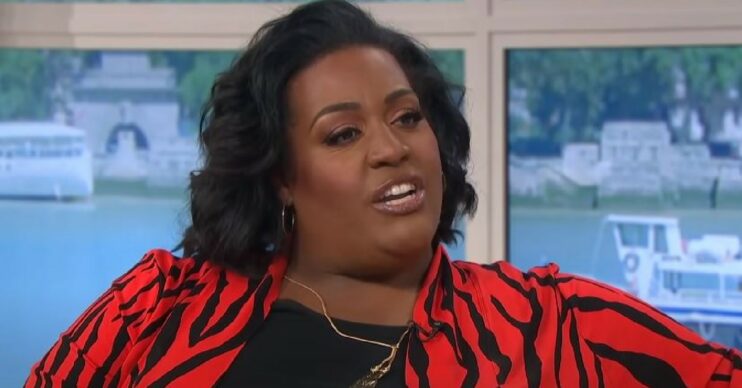 Alison teased a project on her Instagram this week

This Morning host Alison Hammond has reportedly landed a ‘six-figure’ deal with a fashion brand.

This week, the TV favourite took to Instagram to tease some exicitng news coming on Friday afternoon (October 8).

However, now, reports have suggested Alison has bagged a deal with fashion brand In The Style.

A source told The Sun: “Alison is one of the most recognisable faces – and voices – on telly and In The Style snapped her up as quickly as they could.

Read more: Alison Hammond reveals why she had gastric band removed after it made her ‘sick’

“She is fronting their ‘Voice of the People’ range and the collection will showcase styles loved by Alison.

“Alison adores fashion and jumped at the chance to be involved with In The Style.”

In addition, the insider added that Alison “scored a six-figure deal to work with them” and has taken “great pride in curating her collection”.

Meanwhile, on Wednesday (October 6), Alison teased that she had some exciting news to share on Friday.

In a video on her Instagram Stories, the star said: “I just wanted to tell you something mad exciting.

“I can’t wait to tell you, unfortunately I’m one of those celebs who literally can’t tell you yet.

“Until, I’m going to say, Friday afternoon. So hold tight, some amazing news is coming. Love ya!”

She wrote: “It’s getting close now babs! Tomorrow I can tell you what I have been asked to support with… you guys are gonna love it!”

Elsewhere, Alison recently unveiled her brand new book, You’ve Got To Laugh, which will be published on October 14.

In it, the star discusses her weight battle and how she had a gastric band removed after it caused her problems.

In an extract from her autobiography, published in The Sun, Alison writes: “I was sick a lot. I couldn’t keep anything down. It was really distressing, I felt as if my body was rejecting the foreign entity inside me and I began to get ill.”

Read more: What is a gastric band? Alison Hammond went though ‘absolute torture’ after having one fitted

In addition, she says: “I kept it for two years, until it was getting to the point where I couldn’t even keep down one bite of food.”

What do you think Alison’s project is? Head to our Facebook page @EntertainmentDailyFix and tell us your thoughts.