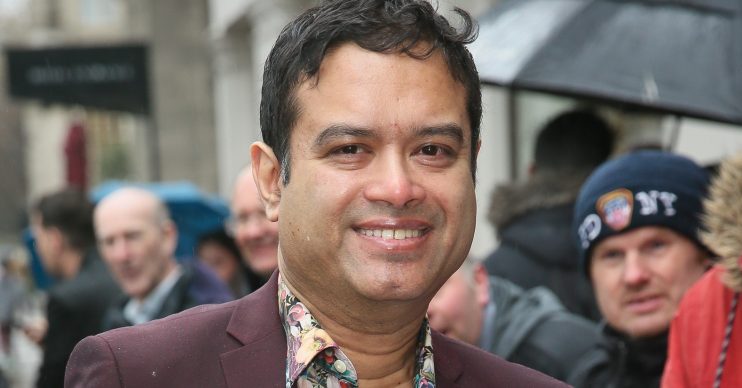 He's set a date with his partner

Paul Sinha has won legions of fans during his time as a quizzer on The Chase, and he’s also cut close to the bone with his comedy at times.

But now he’s proven he really does have a big heart as he plans his wedding to fiancé, Olly, as he’s asked guests not to buy them any gifts.

Instead, he wants them to donate to a Go Fund Me he’s set up in aid of his nephew’s school.

In lieu of wedding gifts, this December I am trying to raise money for my nephew’s school. Details here. https://t.co/kxsFbAmBxG

On the page, the quizzer, who announced earlier this year he is battling Parkinson’s, said: “I’m getting married on December 14th. I don’t want gifts. My flat is tiny and I don’t have room.

“My nephew Leo is severely autistic and is receiving superb care at St Nicholas School in Croydon.”

He goes on to reveal that the specialist school, which works with “children with learning difficulties, autism, Down syndrome and communication difficulties” had increased in popularity and therefore needed a “major rebuild.”

He adds that they are looking to “create a sensory garden” to “stimulate and inspire pupils through touch, smell, sight, taste and hearing, as well as providing a space for calming, learning and enjoyment.”

I’m getting married on December 14. I don’t want gifts.

The star concluded the story by asking: “No sandwich toasters, crockery, or box sets of Mad Men for Olly and me, thanks.

“Please can we raise as much money as humanly possible to improve the lives of children with learning difficulties.”

Fans and followers were quick to tell Paul how brilliant they thought he was.

“A fine gesture Paul and I hope you raise a significant amount for your nephew’s school,” said one.

Another added: “Done and you should too, two of the nicest guys I know.”

“Just donated, and congratulations for the wedding in December,” said a third.

Paul announced his engagement in January this year, revealing the happy news on Twitter.

However in May Paul was diagnosed with Parkinson’s. He told his followers of his diagnosis in June and has since revealed he’s been using his battle as part of his material for his stand up routines.

Last month he told in a blog post how he’d wept for hours after winning the title of British Quiz Champion as he knows he may not be capable of winning such an accolade again.