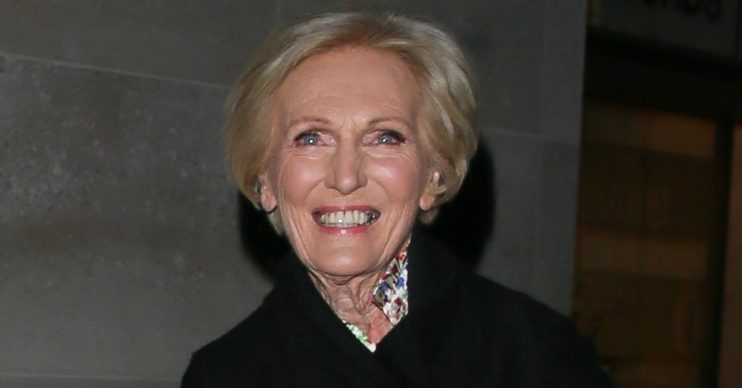 She's missing out if her claims are true!

Baking queen Mary Berry has slammed takeaway-loving Brits, calling them “a nation that orders in and eats out”.

In news that has surprised the Twitterverse, the former star of The Great British Bake Off also revealed that she has “never ordered a takeaway”.

Mary, 84, instead wants to encourage Britons to cook more healthy meals for themselves.

The TV cook was chatting to My Weekly ahead of the launch of her new BBC show Best Home Cook.

Read more: The Duchess of Cambridge launches new initiative – and she needs your help!

Mary said: “We want to get people cooking at home. We’re a nation that orders in and eats out.”

Mary Berry? Come on! Never been to the seaside and went in for fish and chips? I don’t believe it!

She added: “I have never had a takeaway. Why should I? I can muster up things very quickly and there are many things that you can buy to help you if you are busy and which don’t cost that much extra, like grated cheese.”

Takeaway fans were quick to comment on the news on Twitter, with some saying they couldn’t believe Mary hadn’t tried fish and chips during a trip to the seaside.

“Mary Berry? Come on! Never been to the seaside and went in for fish and chips? I don’t believe it,” they said.

@JeremyVineOn5 I cannot believe Mary Berry has lived in this country and not had Fish n Chips the great British takeaway.

So apparently Mary Berry has never had a takeaway… This fake new is getting out of control!!

Mary was seen on our screens over the festive period cooking up a storm with the Duke and Duchess of Cambridge, who is said to be a prolific home cook.