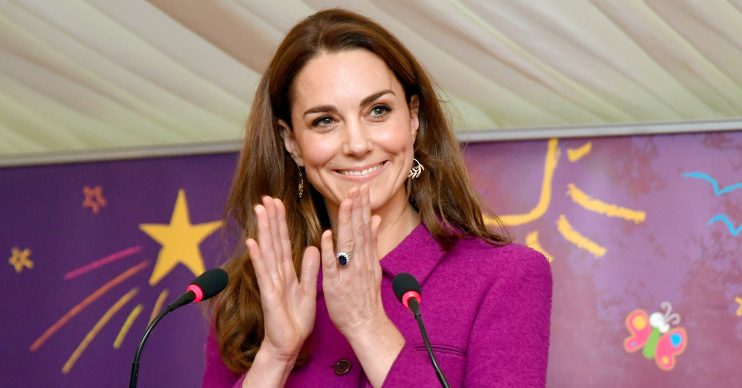 Queen of baking Mary Berry has revealed that the Duchess Of Cambridge was “nervous” ahead of her appearance on A Berry Royal Christmas.

Mary, who was speaking on Lorraine, also revealed that Kate and her husband Prince William are “just like you and I”.

The TV baker teamed up with Kate – who celebrates her 38th birthday today (January 9) – for the festive special.

Mary also revealed that it’s clear to see just how in love William and Kate are.

She told Lorraine: “It was such a huge honour. They are just like you and I, a really lovely couple.”

She makes her own children’s birthday cakes, just like a normal mum.

The morning after the Duke and Duchess of Sussex announced they were stepping down as senior royals, Mary added that Kate and Will “want to do that they can for their country”.

“They love each other and they want to do what they can for their country,” she said.

Mary also revealed that Kate was nervous ahead of her stint baking alongside the cookery queen.

Asked about the duchess’s baking skills, Mary said: “She is good at piping.”

She added: “And of course it’s her birthday today and she makes her own children’s birthday cakes, just like a normal mum.”

Mary also seemed flattered that “his version of Mary” was one of their youngest son Prince Louis’s first words.