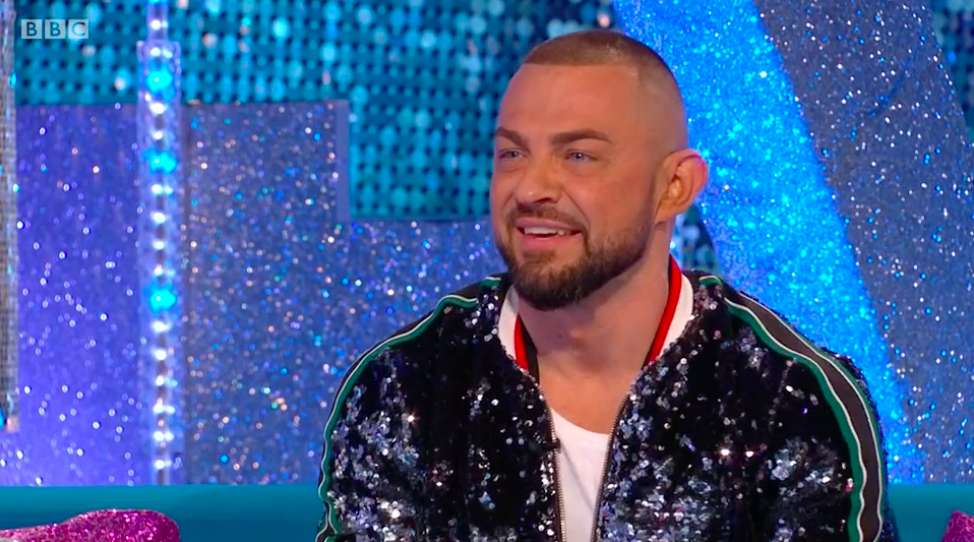 Zoe Ball was sad to hear the news

He’s been on and off our BBC screens since 2010, and now Strictly Come Dancing professional dancer Robin Windsor has confirmed his retirement – and he did it live on air.

Speaking in choreography corner on spin-off It Takes Two, Robin – who was a main dancer for three years, and then took part in the Christmas Specials in 2014 and 2015 – was welcomed by presenter Zoe Ball.

“We have missed you, Sir!” she said, adding: “What has been keeping you away from us for so long?”

Viewers at home were sad about the news tweeting: “Noooooooooooooooo! I liked you on strictly Robin.”

Another wrote: “Good luck with it Robin..we’ll really miss you. Was so lovely to see you with Zoe Ball on Strictly it takes two. 😘.”

A third added: “I wish you luck and happiness for your next adventure.”

The dancer – who was partnered on Strictly with Alison Hammond, Patsy Kensit, Anita Dobson, Deborah Meaden and Lisa Riley – confirmed his last show was this Sunday on the West End, and Zoe, 47, said she would come along.

Another friend who has been to see Robin on his farewell tour, is his old dance partner, Lisa.

CRAZY PROUD of my best friend @Robinwindsor last night, I literally cried like a baby all the way through the show from start to finish. I adore you,like a Phoenix you keep RISING! Also to @AnyaGarnisLA and the entire cast you were sensational. I’ll remember last night forever💛 pic.twitter.com/y57VGudLmu

The Emmerdale actress tweeted that she was “CRAZY PROUD” of her “best friend,” adding: “I literally cried like a baby all the way through the show from start to finish. I adore you,like a Phoenix you keep RISING!”

Robin was on It Takes Two to chat to Zoe about last weekend’s show in Blackpool.

The dancer was mostly positive but seemed unimpressed by Lauren Steadman and AJ Pritchard’s Argentine Tango, which he said lacked passion.

He then amused viewers declaring it was demo time, making Zoe join him as he re-created the dance move.

Robin pulled her close as an excited Zoe shrieked, “Hello!” She then flipped her head back, as an alarmed Robin let her go.

A sheepish Zoe admitted: “I always go too far, every time. I just go too far.”

Sitting down, she joked: “Excuse me, I’m just having a little moment.”

We’re so sad to hear Robin won’t be back on our Strictly screens. Enjoy your retirement, Rob!

Did you enjoy watching Robin on Strictly? Leave us a comment on our Facebook page @EntertainmentDailyFix and let us know what you think.