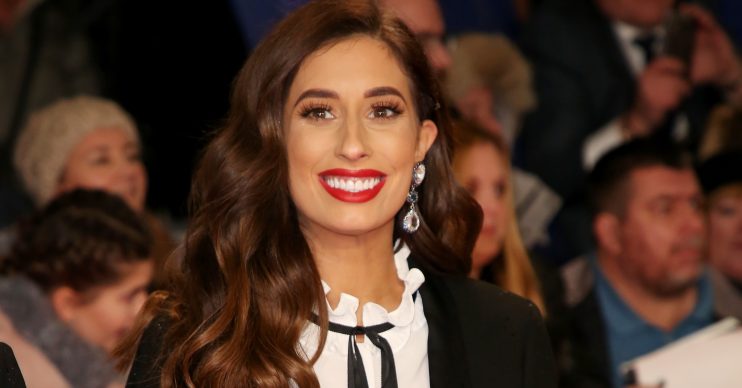 Stacey Solomon has shared new photos of herself when she was in labour with her baby son.

Stacey, who has two other sons, Zachary and Leighton, from previous relationships, has been sharing beautiful photos of their new addition on social media since his arrival and took to her Instagram Stories on Tuesday to give fans a glimpse into her labour.

In a video, Stacey explained that she’s making a “baby book” for her new son, including all the photos of when he was born.

One showed the mum-of-three lying down with her hand on her face as Joe held her other hand.

Another sweet image sees former EastEnders actor Joe in tears as he held his baby boy.

A third shows a midwife cradling the newborn.

She told fans: “Sitting her doing my baby book. I’m under no false pretences that this will last like the first six weeks but I love it.”

Holding up the snap of Joe holding their son, Stacey gushed: “Look at that face!”

Minutes later, she posted another clip in which she revealed she had given up her scrapbook making to indulge in some delicious-looking cookies.

As her baby boy rested on her chest, she said: “Rapidly given up on the scrapbook, because somebody who considers themselves my friend has sent these babies!” as she showed the cookies.

Last week, Stacey said she feels “empty and hollow” and is missing her bump now that she has given birth to her baby.

Alongside a picture of Joe kissing her stomach, Stacey admitted: “I really miss my bump and baby being inside me. I don’t feel I appreciated it enough while I was pregnant and now it’s over.

I’ve lost it today. I really miss my bump and baby being inside me. I don’t feel I appreciated it enough while I was pregnant and now it’s over. Joe and I didn’t have one picture of him with my bump. The thought of not having that memory has been really getting me down so today, Joe and my Dad helped me get a picture of what’s left of my bump to cheer me up. I love them so much. It’s not the same but it still means the world to me. For the record, for all of the people who asked me how excited I was to get my pre baby body back? Was I hoping to “snap back”? Am I going to train? Etc etc. I hate these questions. They’re pointless. And not important or relevant. No one knows how they’re going to feel and what we look like after birth is the very least of our worries. The truth is I’m devastated that my belly is shrinking by the day. I wish it could stay around for a little longer. I feel empty and hollow. Not to mention like I’ve been punched in the vagina. 💙

“The truth is I’m devastated that my belly is shrinking by the day. I wish it could stay around for a little longer.”

“I feel empty and hollow. Not to mention like I’ve been punched in the vagina.”