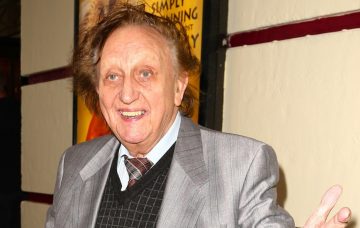 Comic legend got wed two days before he passed away

Sir Ken Dodd managed to avoid handing over £11 million of his estate to HRMC – by getting married two days before his death.

The comedy legend married his partner of four decades Anne Jones in March last year, after being hospitalised for several weeks with a chest infection.

As his widow, Anne inherited the entirety of Sir Ken’s £27.5 million fortune – preventing a hefty chunk of it from going to the state.

Had the couple not married, despite their long and committed relationship, Anne would have had to battle for her share of the estate and 40% would have been taxed.

The Sun reports that approximately £11 million of the fortune would have gone to the government as Ken had no children.

They spoke to wills and tax expert Rebecca Minto of Slater & Gordon, who said: “If you die without a will and you’re unmarried, things are much more complicated.”

But Ken and Anne’s timely marriage made things much simpler, even without a will, as she was left as the sole legal beneficiary.

This comes after Ken successfully defended himself against accusations of tax evasion back in 1989.

The case against him detailed his habit of collecting cash around his house while keeping little in his bank account.

He was found to have stashed £336,000 in suitcases in his attic, with more hidden in wardrobes and under the stairs in his home.

Ken’s lawyer, George Carman QC, described him at the time as “a fantasist stamped with lifelong eccentricities”.

Proving that everything’s material to a comedian, Ken capitalised on the trial in his act, introducing himself as: “Kenneth Arthur Dodd; singer, photographic playboy and failed accountant!”