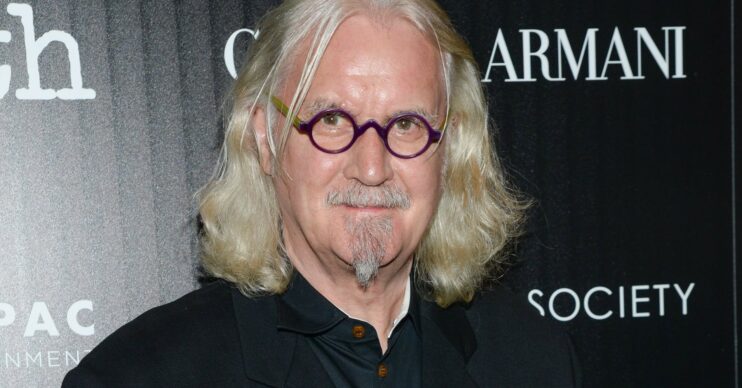 Billy was diagnosed with the illness in 2013

Sir Billy Connolly has admitted his medical challenges are ‘getting worse’ amid his Parkinson’s battle.

The actor and stand-up comedian, 78, was diagnosed with the disease in 2013.

In an interview conducted by his wife Dr Pamela Stephenson at their Florida home, Billy discussed his battle.

When asked if filming TV gave him any new challenges at this stage in his life, Billy said: “Not really, but the way I think everything is a new challenge.

“I hardly prepare, so I turn up unprepared and everything is a new challenge. It keeps your eyes open, it is good fun.”

He continued: “The challenges lately have been medical, aye, they’re getting worse.

“Have you noticed I’ve been holding my left hand as we have been going on, it is starting to jump around.”

He added: “So I will have to weigh it up and see how bad it gets, I don’t know, we will play it by ear.

“It happens when I least expect it. I’ll be talking to you and I think ‘ah my hand is shaking’ and I will grab it.

“But it is not much of a problem.”

In a documentary, Billy Connolly: It’s Been A Pleasure, the star said: “It was obvious from my movement that I wasn’t who I used to be. And so I had to explain it… just to say that I am not defined by it.

“I started low and I ended high. Just staying up there, until it is time to stop, seems a natural and good thing to do. It is a good thing to be proud of, I wanted to be a funnyman and I got it.”