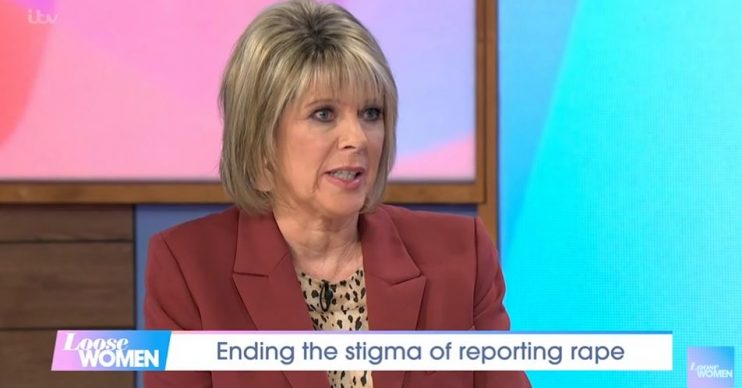 Presenter Ruth Langsford has opened up about the “difficult” discussion she had about consent with her teenage son, Jack.

The daytime TV favourite, 59, who shares Jack with her This Morning co-host Eamonn Holmes, had a conversation with the 17-year-old about consent after they watched news coverage of a sexual assault court case.

Speaking on today’s (07.01.20) episode of Loose Women, Ruth said: “I know I have definitely had conversations with Jack.

“The last one was actually about a court case that was going on at the time that he had seen on the news, and I ended up talking about consent.

“And it’s quite a difficult subject, actually, to advise teenagers.”

Jack is Ruth’s only child with husband Eamonn, who also has Declan, 31, Rebecca, 29 and Niall, 27 from his marriage with ex-wife Gabrielle.

Ruth’s appearance on Loose Women follows a difficult 12 months that saw her take time off from her presenting duties – and her social media platforms – to grieve the loss of her beloved sister.

Julia was 62 when she took her own life in June. An inquest ruled that she died following a battle with depression.

It’s quite a difficult subject, actually, to advise teenagers.

As reported by Metro, an inquest in Woking, Surrey heard that she died from suicide by hanging and was found in the garage of her home in Surrey, where she lived with her husband, Paul.

The inquest also heard that she had suffered with depression for years but, on her last visit to a psychiatrist, it was decided that her condition has improved and had ‘settled’, with her appointments being dropped to one every six months.

Earlier this week, Eamonn praised his “incredible” wife of nine years as he spoke about the “difficulty” they faced in 2019 – and admitted the loss was still “very raw”.

Read more: Ruth Langsford turned down a return to Strictly

He told Woman’s Own: “There has been a lot of difficulty in both our lives over the past year. Ruth’s life was turned completely upside down when she lost her sister in June.

Speaking further, he said Ruth had been “absolutely incredible”, particularly in taking care of her mum, adding: “I couldn’t speak more highly of her. She just is an amazing woman. She throws herself into her work. She still finds time, particularly for her mother and her family and us – and I just am in awe of her.”