A Mr Blobby balloon for sale on Amazon has sent the internet into a frenzy as many pointed out something slightly 'rude' about it.

The balloon has been described as "ideal for a big fan of Mr Blobby or could be used as a fun and a great decoration to your children's birthday party".

However, the balloon is blown up using a valve which is place between Mr Blobby's legs leaving many people joking it looked rather inappropriate. 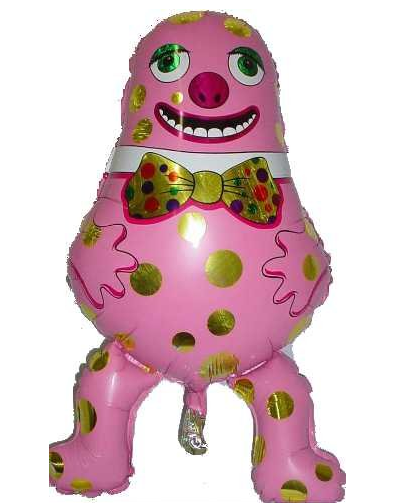 The 29-inch balloon is being sold by seller GRABO on Amazon for £4.99.

The inflatable has received just two-and-a-half stars out of five.

Amazon said the balloon has an "automatic shut-off valve" and is ideal for a "big fan of Mr Blobby".

One person has shared a photo of the balloon to Reddit and called it "something out of my nightmares".

Many users found the balloon hilarious and shared their thoughts in the comments section. 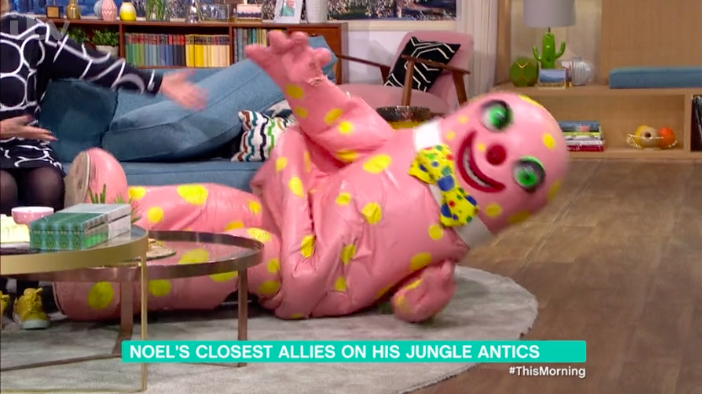 One person said: "This is a Photoshop, right? Right? No one in their right mind would (do this). Holy [expletive] it's real."

Oh my god. The look on his face makes it so much worse.

Another wrote: "Oh my god. The look on his face makes it so much worse," while a third added: "Don't understand how none of the manufacturers pointed this out."

One person wrote on Amazon: "Yes it's Mr Blobby letting it all hang out. 'Fun for all the family!' it says here." 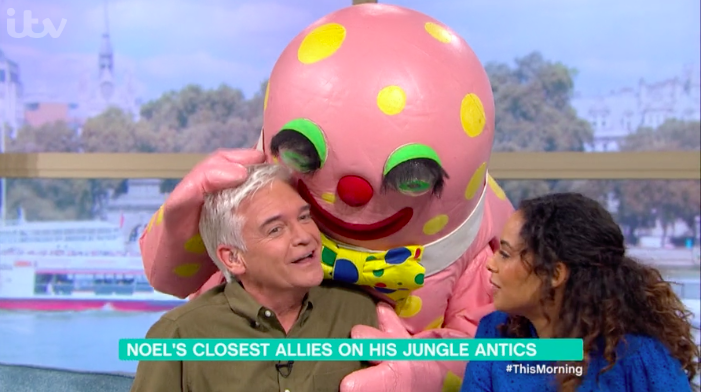 In November last year, the character caused havoc on This Morning as he stormed the set.

Reaching the sofa, he hugged presenter Rochelle Humes and patted Phillip Schofield on the head, before falling over and then climbing over the sofa.

"There goes half the set," Rochelle commented before they both fell apart laughing.

Phil added: "I can only apologise."

What do you think of the Mr Blobby balloon? Leave us a comment on our Facebook page @EntertainmentDailyFix and let us know what you think.