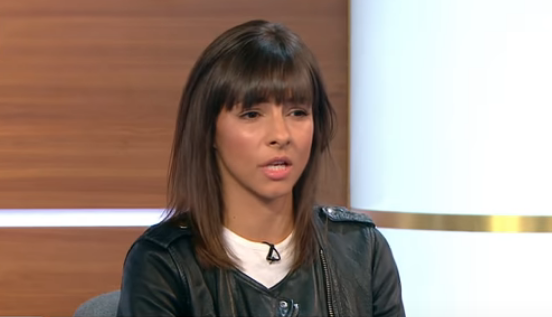 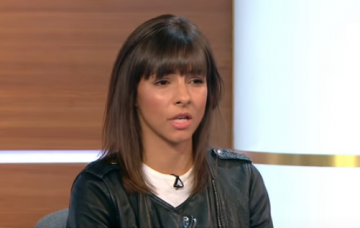 Shamed Celebrity Big Brother star Roxanne Pallett has been pictured out and about for the first time in five months.

She was seen in Manchester wearing a grey tracksuit and black bobble hat, looking downcast.

Read more: Roxanne Pallett ‘dumped’ by fiance who had stood by her

The last time Roxanne was seen in public was during her interview with Big Brother host Emma Willis about the incident in the house where Roxanne accused former Corrie star Ryan Thomas of punching her.

It’s also the first time the actress has emerged after reports her fiance, who had previously vowed to stand by her no matter what, had dumped her.

A source is said to have told The Sun steelworker Lee Walton ended their relationship leaving Roxanne devastated.

“Roxanne’s whole life appears to have fallen apart in the past six months. Professionally, no one wants to touch her and now her personal life is in tatters.

“She and Lee got very serious very quickly but it has ended completely. She is gutted.”

She went into the diary room and told Big Brother: “He punched me like a boxer would punch a bag. We weren’t play fighting, there was no banter, it wasn’t a joke.”

As the furore increased, Roxanne was forced to issue an apology to Ryan for branding him a woman beater.

Emma didn’t go easy on her during her interview and insisted: “Can you imagine if those cameras hadn’t been there? You would have ruined somebody.”

Roxanne replied: “I feel devastated. It cripples me with embarrassment and shame that I could have put somebody in that position.”

But despite insisting she’d handled it badly and breaking down in tears, Emma pointedly removed her ear piece and ended the interview.

Most recently Roxanne has appeared on Celebrity Coach Trip alongside George Sampson. It was filmed before she went into the CBB house.

Are you pleased to see Roxanne out and about? Leave us a comment on our Facebook page @EntertainmentDailyFix and let us know what you think.