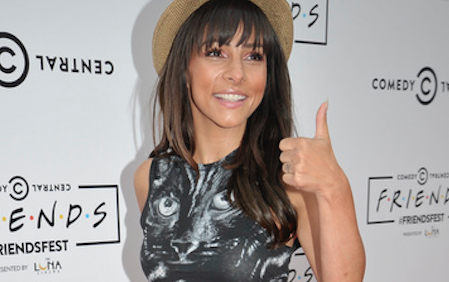 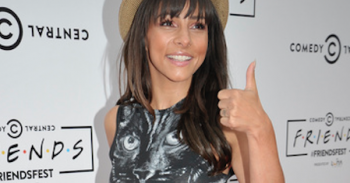 She has a personal connection to the Jacksons, it is claimed

Ex soap star Roxanne Pallett has made a comeback to social media to give her backing to Michael Jackson.

New documentary Leaving Neverland – set to be broadcast by Channel 4 tonight and tomorrow – has brought controversial child sex abuse allegations made against the iconic singer back into focus.

Wade Robson, now 36, and James Safechuck, aged 41, have claimed in interviews that Jackson molested them on numerous occasions.

Amid reports Radio 2 has dumped Jackson’s music from their playlists and the likes of Piers Morgan voicing concerns the King of Pop may have been a ‘serial abuser’, the documentary has shocked viewers with its graphic nature.

And with comedian Matt Lucas forced to call police after he received a death threat in response to his conclusions after watching a preview of the film, it seems Leaving Neverland will continue to provoke strong reactions.

Shamed Celebrity Big Brother star Roxanne, however, appears to be unconvinced about the explosive accusations.

Quoting lyrics from Jacko track ‘Tabloid Junkie’, the former Emmerdale actress captioned a snap of the star uploaded to her Instagram account: “Just because you read it in a magazine or see it on the TV screen, don’t make it factual.”

Clarifying she was referring to Jackson, rather than herself, the troubled TV personality added the hashtags: “#mjinnocent #mjfam.”

Roxanne has taken a break from social media after falsely accusing Corrie star Ryan Thomas of punching her on CBB. She last posted on Instagram in August of last year, just before the final series of the reality show began.

The 36-year-old reportedly considered taking her own life in the wake of the public fallout from the TV spat.

The Sun’s website quotes an anonymous source as noting: “Roxy has been an MJ fan since she was young and was introduced to the Jacksons a couple of years ago through a mutual friend.

“She remains in touch with Tito and wanted to publicly extend her support to the Jackson family.”

Jackson died in 2009, aged 50. His estate has dismissed the allegations as an attempt to cash in on the singer.