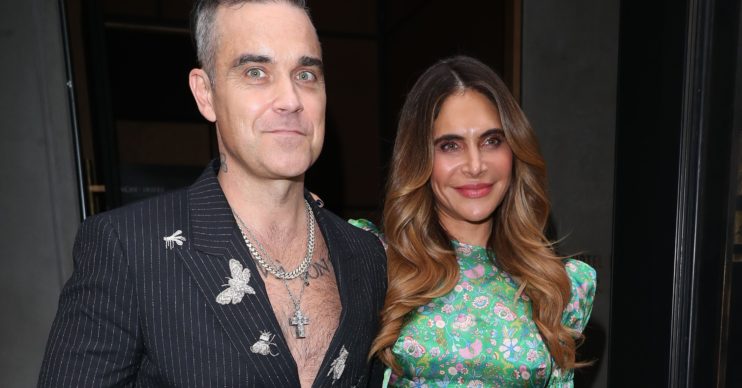 Robbie Williams and Ayda Field open up about threat of beheading

Robbie Williams and Ayda Field have revealed they were threatened with a beheading while in Haiti.

The couple were on a charity trip there at the time.

It was organised by Unicef and took place in 2010 shortly after an earthquake ravaged the country.

Speaking on Ayda’s Postcards From The Edge podcast, Robbie explained: “I got threatened to be beheaded in Haiti. We were going out there to help.

Looking back, it was scary.

“When we were threatened to be beheaded, I was like, ‘Should we go to the next street then?’ and looking back, it was scary.”

Ayda joined in. She added: “I was with you, I was being threatened to be beheaded as well!”

The earthquake left an estimated 250,000 people dead, according to the humanitarian organisation World Vision International.

About 1.5 million lost their homes because of it, and a huge rebuilding effort began.

While there, Robbie spent two days in the port town of Jacmel, witnessing the chaos in the aftermath of the disaster first-hand.

He married Ayda several months later in August 2010. They have four children together.

The experience didn’t put them off though.

Two years later he went on a trip to Mexico City to make a short film about children living in slum conditions.

The revelation is the latest in a string of podcast chats the pop star has done in lockdown.

Just last week the Take That star told how he became morbidly obese after eating a lot when he was high.

It was during the the 90s and early noughties, when Robbie partied hard.

However, since then he has since ditched the booze and drugs for a healthy, family-focused lifestyle.

What did you think of this story? Go to our Facebook page @EntertainmentDailyfix and leave a comment to let us know your views.