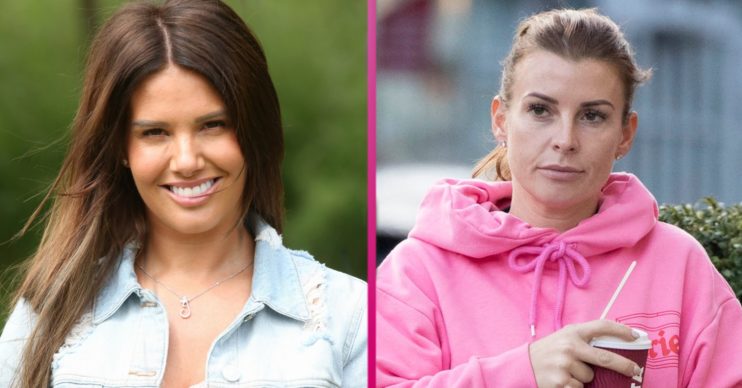 Is there no end to this WAGS at war drama?

The WAG allegedly intends to continue to fight Coleen against her accusations regarding leaked stories to the press.

Rebekah, 38, is reportedly desperate to make Coleen, 34, face the music after she has ‘dragged her feet’ with lawyers.

A source told The Sun: “Things have been rumbling on for ages, and costs ­spiralling too.

Why are Rebekah and Coleen ‘at war’?

“This will mean that a judge can actually get to the crux of the case — and make those involved put up or shut up. It should mean things can finally get moving and dealt with quickly.”

Both parties have hired a team of lawyers, but neither have been able to come to an agreement so far.

Rumours emerged earlier this year that Coleen wanted to settle the debacle with Rebekah face to face.

Rebekah is taking the issue to court

But Rebekah reportedly turned down her offer, and continues to deal with the matter legally.

She is suing Coleen for libel. Last year Coleen alleged that false stories were being leaked about her to The Sun via Rebekah’s official Instagram account.

Rebekah was heavily pregnant with her fifth child, daughter Olivia Grace, when the accusations were made public.

She went on to adamantly deny the accusations and tearfully spoke about the experience on Loose Women.

Appearing on the ITV show in February, she broke down in front of the panel.

She said: “It was really, really hard.

She went to on to detail the vile trolling she has continuously experienced since the accusation news broke.

Rebekah explained: “It kind of just escalated really… The trolling was the worst part for me and my family, I have been trolled before and I do get it all the time but it kind of escalated off the back of this… this was a whole new level.

“I had people messaging me saying nasty stuff one in particular [said], ‘you fat ugly rat I hope you and your baby rot’… people don’t realise when they’re saying stuff like that.”