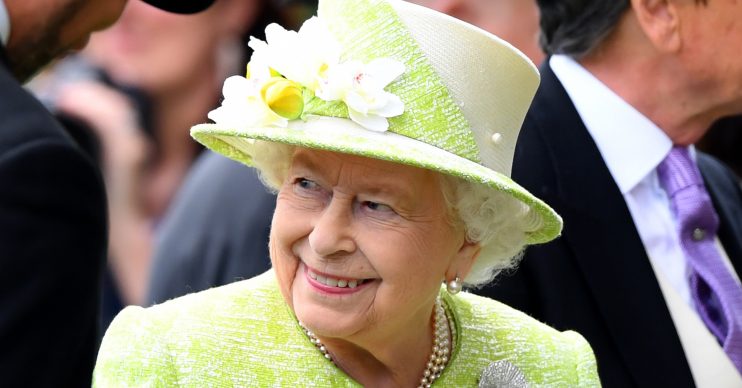 The singer recalls the incident in his new autobiography

The Queen once “playfully slapped” one of her nephews for ignoring instructions, Sir Elton John has claimed.

The Tiny Dancer singer, 72, was commenting on Her Majesty’s rarely seen sense of humour in his new autobiography, titled Me.

He writes: “I know The Queen’s public image isn’t exactly one of wild frivolity but… in private, she could be hilarious.”

The singer then went on to recount the moment he watched the The Queen’s interaction with Viscount Linley, who is now known as the 2nd Earl of Snowdon.

“I saw her approach Viscount Linley and ask him to look in on his sister, who’d been taken ill and had retired to her room.

The youngster then immediately went to check on his sister Lady Sarah Chatto, Elton says.

Read more: Strictly’s Katya Jones bites back at troll who accused her of ‘not doing her job’ after fall

The 2nd Earl of Snowdon, David Armstrong-Jones, was known as Viscount Linley until 2017.

He is the son of Princess Margaret and Anthony Armstrong-Jones, 1st Earl of Snowdon.

It comes as fans remembered The Queen has a slogan cushion reading ‘It’s good to be queen’ in her living room at her Scottish home Balmoral.

Royal fans spotted the cushion on an ITV documentary, which gave a glimpse into Her Majesty’s life behind closed doors.

As cameras panned around the room, which was filled with books and family photos, the bright red cushion was also visible on a sofa.