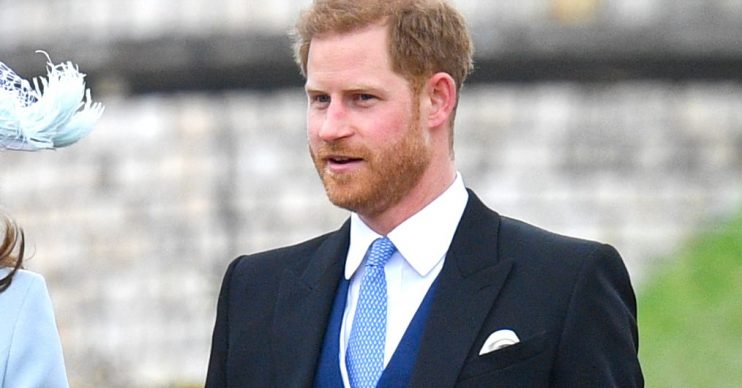 The royal, who became a dad on May 6, looked dapper in a black tuxedo and pinstriped trousers.

Harry was accompanied by his uncle and aunt, the Earl of Wessex and the Princess Royal, who was joined by her second husband Vice Admiral Timothy Laurence.

Meanwhile, Harry’s grandmother the Queen was joined by Prince Philip as the Duke of Edinburgh made a rare public appearance two years after his retirement.

Pippa Middleton and her husband James Matthews were also in attendance.

Lady Gabriella and her new husband Thomas kissed on the steps of St George’s Chapel following the ceremony, and posed for photos.

Meghan welcomed her baby boy with her husband Prince Harry in the early hours of May 6.

The couple had hoped for a home birth at Frogmore Cottage on the Windsor Estate, however, it was said Meghan was taken to hospital on Sunday night.

It was confirmed on Friday that Meghan gave birth to Archie at London’s Portland Hospital.

Last week, Meghan and Harry proudly showed off their son to the world for the first time in front of cameras inside St George’s Hall at Windsor Castle.