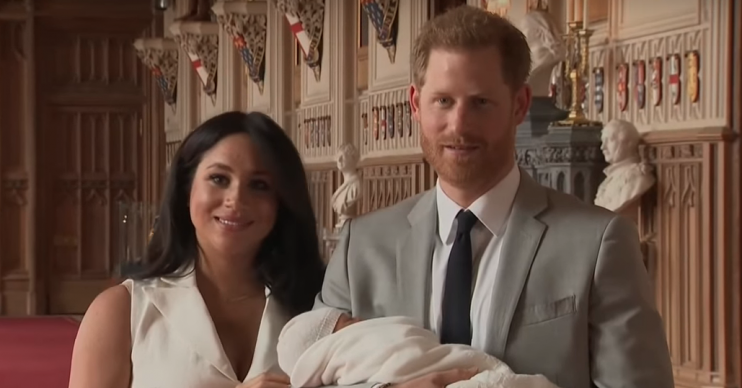 Royal biographer says couple 'can't have it both ways'

Royal well-wishers will not get to see the Duke and Duchess of Sussex’s baby son Archie get christened next weekend because they have insisted on a private service, a newspaper report has claimed.

According to The Sunday Times, Harry and Meghan have resolved to ensure the newborn will be a “private citizen” – and his baptism will apparently not be treated as a media event.

Royal journalist Penny Junor – whose biography of Harry was published in 2014 – is quoted as telling the newspaper that the couple’s decision ‘not to play the game’ is an error.

Suggesting the Sussexes should have the christening in a parish church rather than St George’s Chapel in Windsor – where royal ceremonies are held, including Harry and Meghan’s wedding and the site of Harry’s own baptism – if they wish to remain private, Ms Junor also added the couple would be well advised to change their approach following recent criticism of their spending.

They came under fire earlier this week after it was revealed that £2.4 million of public money was spent on renovations for their Frogmore Cottage home.

Ms Junor said: “Many people don’t understand why they are paying nearly £3m for Harry and Meghan’s house, so in terms of public relations it would be a good quid pro quo for the pair to briefly show Archie off.”

“Harry can certainly have a private life. He can get a job and stop living off taxpayers,” added another.

A third said: “Lol! I thought they wanted a public spectacle with the christening? All this ‘we want privacy but happy to be funded by taxpayers’ is doing my head in!”

However, one fan did stick up for Sussexes, tweeting: “Give them a break ⁦⁦-⁩ no royal babies are christened in public.”

Another wrote: “Ok I’m not genius but to my understanding all of the christenings of the royal family in the past decade were private.

“So why now is there a problem and information being used negatively towards Meghan and Harry? The only footage we see is them going into the church and coming out, nothing else, so ALL the christenings are private.”