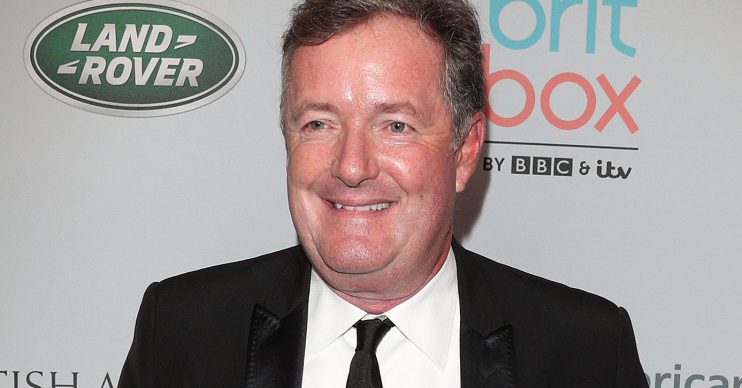 Nearly time for the Christmas holidays

TV’s Piers Morgan has delighted fans with a cute snap of his daughter gearing up to finish for the Christmas holidays.

The Good Morning Britain host, 54, took to Instagram to share a pic of himself in the car with Elise, eight, as he drove her to school for the last time this year.

In the selfie, shared on Thursday (19.12.19), Piers smiles into the camera and behind him, Elise grins in a pair of earmuffs.

Piers’ followers rushed to comment on the snap, with one writing, “Merry Christmas to you and your lovely family. Look forward to more of your banter in 2020.”

A third wrote: “Whoop, look at those smiles.”

Someone else commented: “Ahh enjoy, she looks such a happy lovely little girl.”

Piers has four children – sons Spencer, 26, Stanley, 22 and Albert, 19 with his ex Marion Shalloe, and Elise, eight, with his wife Celia Walden.

He rarely shares snaps of his daughter on social media, where he’s better known for his explosive rants.

But in September, he shared pictures from a fun day out with his youngest – and joked there was “no better way to start a weekend” than by thrashing her at bowling.

The presenter looked mighty pleased with himself as he posted a snap of Elise taking aim at the pins and another of himself after scoring a strike.

He wrote for his followers: “No better way to start the weekend than beating your highly competitive seven-year-old daughter at bowling. Next time, Elise…”

And perhaps unsurprisingly, Elise isn’t one to shy away from trolling her dad when the opportunity arises.

In a hilarious moment on GMB earlier this year, Piers received an email from his daughter in which she called him “pig” and claimed he “looked terrible”.

During an episode in September, Piers paused in his presenting to look down at his phone and said: “I just got a lovely, charming message from my seven-year-old daughter Elise, who watches the programme. Morning Elise!

“She just sent me a lovely email saying, ‘Hi Pig, you look terrible’.”

Piers didn’t look too impressed with his daughter’s comments, but his co-host Susanna Reid and others in the studio couldn’t stop giggling.