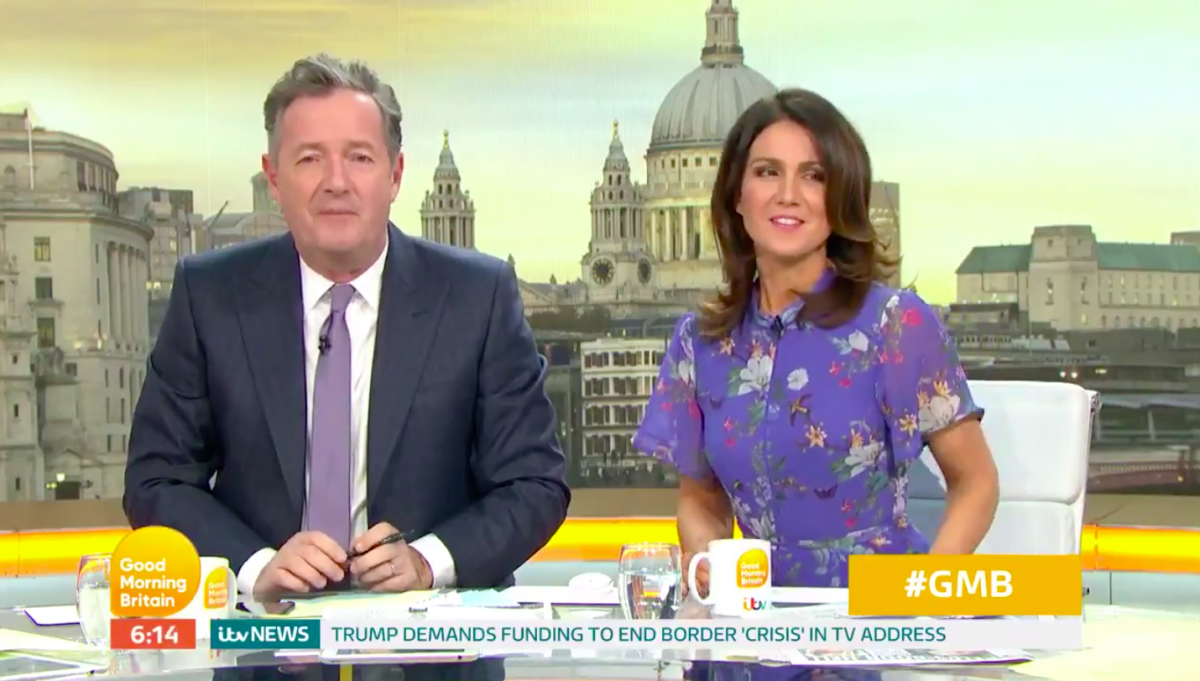 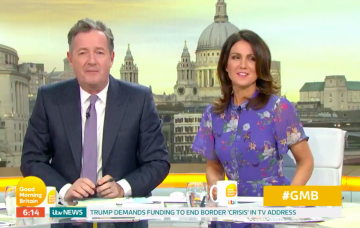 They're getting ready to host an Oscars special of GMB

Piers Morgan and Susanna Reid have reunited as they continue their break from Good Morning Britain.

Earlier this month, the presenting duo revealed they were taking a three-week break from the show.

And now, they’re enjoying each other’s company again as they reunited in Los Angeles.

Reunited in Hollywood as we prep for our Oscars special. It’s going to be a fabulously entertaining show. Tune into @gmb from 6am on Monday.

Piers shared a snap of himself and Susanna enjoying food at Morton’s The Steakhouse in the city.

The presenter told fans they were prepping to host the early morning show’s Oscars special on Monday.

He said: “Reunited in Hollywood as we prep for our Oscars special. It’s going to be a fabulously entertaining show. Tune into @gmb from 6am on Monday.”

Fans were thrilled to see the pair back together.

One person said: “Reunited and it feels so good,” while another wrote: “Can’t wait to see you both in the morning.”

A third added: “Looking great you two. Missing you both on GMB.”

It comes after viewers were furious when they tuned in to the show to discover Piers and Susanna had taken time off.

Richard Madeley, 62, was standing in for Piers, while regular presenter Kate Garraway, 51, was sat in Susanna’s seat.

But viewers weren’t too impressed and took to social media to grumble that their favourite hosts weren’t around to entertain them.

One wrote: “Three weeks of watching other news programmes until @piersmorgan and @susannareid100 are back if these are the replacement presenters 😕.”

A second commented: “@GMB is just not the same without @piersmorgan and @susannareid100 roll on there return.”

The pair are now gearing up to host a Hollywood edition of GMB when the Oscars take place in Los Angeles.