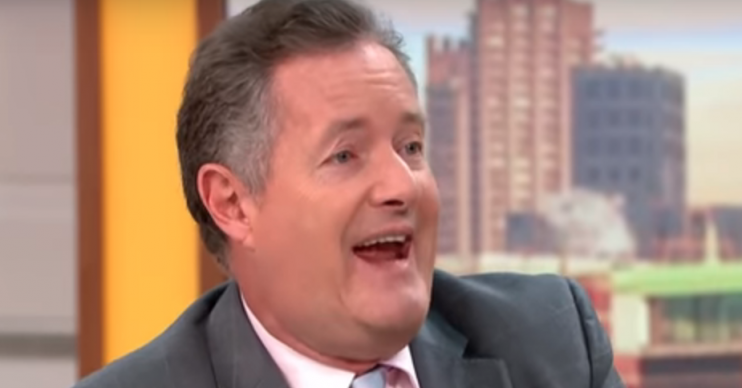 But did Piers inhale?

The 54-year-old motormouth breakfast TV host chuckled “when in Rome” following a toke during an appearance on the former heavyweight champ’s podcast.

But Piers also joked he may start puffing away in the morning in future – if blazing before GMB helps him with the stresses of the show.

As he is handed a joint in footage taken during the recording, Piers initially enquires: “What am I supposed to do with this, Mike?”

“Smoke it!” bellowed back the 52-year-old, before reaching over to give Piers a light.

Piers then took a hesitant drag on the joint as Tyson raised his arms in the air and cheered his efforts.

Writing about the experience in the Mail on Sunday, Piers noted cannabis is legal for both medicinal and recreational use in California – where the podcast was recorded.

“He exploded with laughter as he passed me a lighter and carried on roaring as I lit up the joint and took a long – legal! – puff,” Piers recalled.

Piers added: “Whatever your side of the debate about marijuana – I view it as less dangerous than alcohol or cigarettes – I’ve never seen a happier, calmer Mike Tyson.”

And it seems one of Piers’ sons reckons weed could have a mellowing effect for his dad, too.

Spencer Morgan commented on as he retweeted the video of Piers and Tyson: “Has one every morning before GMB. Starting to worry.”

His dad replied, in jest: “I probably should… might calm me down a bit.”

Piers received a mixed response from fans on Twitter for smoking the spliff – but many were amused.

“The most relatable you’ve ever been,” tweeted one.

“Yeah @piersmorgan chonging on a reef get in old bean,” replied another.

A third added: “Fair play Piers …. did you inhale?”