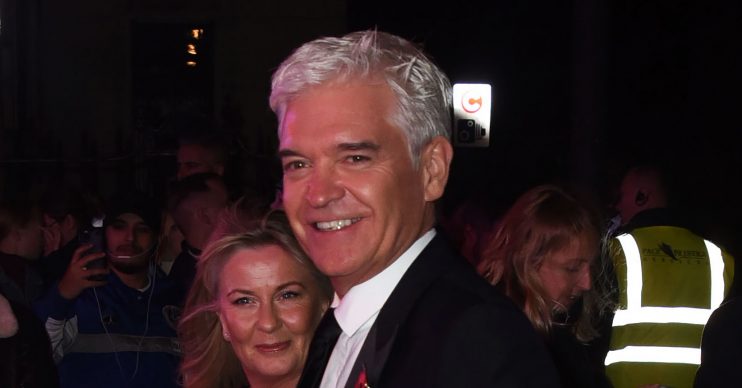 Phillip Schofield reveals he is gay

He shared the news this morning

Phillip Schofield has revealed he is gay on social media today, following up the news with an interview with friend and co-star Holly Willoughby.

The This Morning presenter broke the news this morning on Snapchat and Instagram.

Read More: Phillip Schofield’s statement in full as he reveals he is gay

He added: “This is something that has caused many heart-breaking conversations at home. I have been married to Steph for nearly 27 years, and we have two beautiful grown-up daughters, Molly and Ruby.

Phillip has been married to his wife Stephanie Lowe for 27 years, after they met at work.

Speaking to co-star Holly Willoughby during a special interview during This Morning today, he explained that keeping this to himself had been bothering him for some time.

Read More: Phillip Schofield says there is ‘no one’ else as he rules out gay romance for now

“It’s tough but this is not something that’s happened quickly, I’ve had to deal with this in my head for quite some time.

This was my decision, this was something I knew I had to do

“All you can be in your life is honest with yourself. I was getting to a stage in my life where I was thinking I don’t really like myself because I’m not being honest with myself,” he continued.

“We always say ‘talk to someone’… and you must talk to someone. It’s brought me back from some dark places and in some cases talking to people saves you.”

“This was my decision, this was something I knew I had to do,” Phil added, as Holly explained that he hadn’t had his hand forced to speak out.

Speaking of the moment he told his mum, Phil shared her answer: “She said, ‘Oh, okay, I don’t care!'”

He also spoke of telling his daughters, who have been supportive, and assured that they would always be a family.

As Holly brought her interview to an end, Friday’s usual presenters Ruth Langsford and Eamonn Holmes then came on-set.

Eamonn and Ruth shared a massive hug with Phil

Notably, Ruth – who has been at the centre of feud rumours – and Eamonn both embraced him.