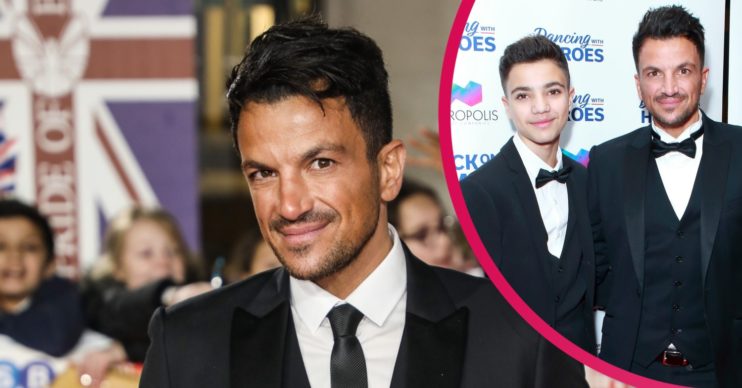 The singer shares his talented son with ex-wife Katie Price

The 15-year-old announced the news with his 325k followers on Instagram, saying: “It’s the start of many”.

Junior’s exciting new gig will see the teen take part in the comedy On The Other Foot.

What did Junior Andre say?

Taking to social media, Junior wrote: “I am proud to announce I have joined the cast of @ontheotherfootmovie. Written and produced by @therealfredinwaka.

“I’m so happy to be in my first ever film and hope it’s the start of many. #ontheotherfootmovie  #endracism #independentfilms #britishfilm.”

Alongside the post, Junior added a promo image of himself from the movie.

Fans rushed to congratulate the youngster, with one saying: “Well done Junior so well deserved.”

I am proud to announce I have joined the cast of @ontheotherfootmovie. Written and produced by @therealfredinwaka I’m so happy to be in my first ever film and hope it’s the start of many. #ontheotherfootmovie #endracism #independentfilms #britishfilm

Read more: Katie Price feared she would die as she begged to be an inpatient at The Priory

A second commented: “Everyone in your family must be so chuffed x.”

A third added: “Aw brilliant you will be great. Good luck. Taking after your dad.”

Director Fredi also shared a gushing post following a day on set with Junior and Peter.

He wrote: “SUCH AN AMAZING DAY ON SET of my film @ontheotherfootmovie. @peterandre you are one of the most humble down to earth guys I’ve worked with and its echoed by your son @officialjunior_andre energy and spirit.

“Such a talented and inspiring young prince.

“I am humbled and I thank you both for gracing my new film and helping shed more light on racism but even more so for the time you have taken out to spend time with my family.”

Peter opens up about being bullied as a child

The 47-year-old singer – who is Greek Cypriot – said he was bullied after his family moved to Australia.

Peter explained: “What happened was, moving to Australia… [it’s] is now so multi-cultural, and so beautiful. But when I first moved to the Gold Coast, we were the only ethnic family on the coast.

“I don’t remember another ethnic family, initially. We are talking 35 years ago and I had the dark hair, the big nose and the English accent. I stood out.”

The Aussie star has since found love with doctor wife Emily, with the pair welcoming six-year-old daughter Amelia and son Theo, three.