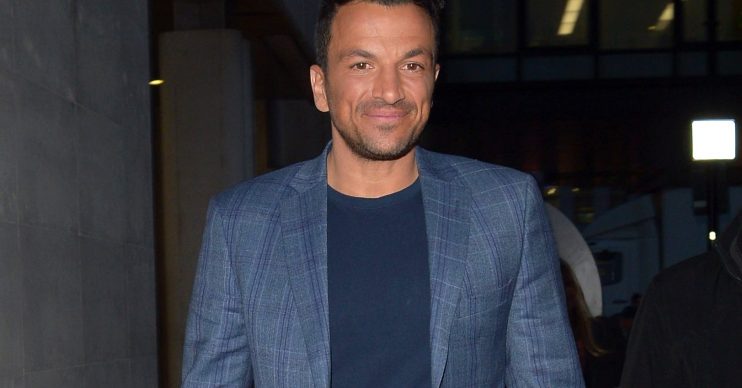 The star lost his sibling nearly seven years ago

Peter Andre has shared an emotional message for his late brother Andrew, on what would have been his 61st birthday.

Pete and his family sadly lost Andrew in 2012, after his fight with kidney cancer.

The singer put his thoughts on Instagram today (May 9) and voiced that he misses his sibling.

“Always in our thoughts.”

He added a sad emoji face and posted his message on a dark blue background.

Fans sent messages of support to the dad-of-four.

One wrote: “Thinking of you Pete. Andrew will always be with you and will be looking down on you with so much pride 💖💙😘.”

Another commented: “Thoughts for you and your family Pete ❤️xx.”

Pete’s brother was just 54 when he died and Pete has previously spoken on how hard it has been for him and his family.

He revealed the one regret he has following his brother’s passing.

During a Marie Curie event in 2017, Pete said: “If I could turn back time my wish would be to spend another Christmas with him.

“We were never able to spend Christmas together as we were never in the same country at the same time. The only year we did was the year Andrew sadly died.

“He’s always in my thoughts but especially at this time of year.”

Pete announced the loss of Andrew on Twitter in December 2012.

He wrote: “My brother Andrew lost his battle with cancer in the early hours of Sunday morning.

“We were all with him, holding him, till his very last breath. Absolutely devastated. So I thank you all so much for your kind words and messages you’ve sent. I’m sure he is reading them with me… Thank you again.”