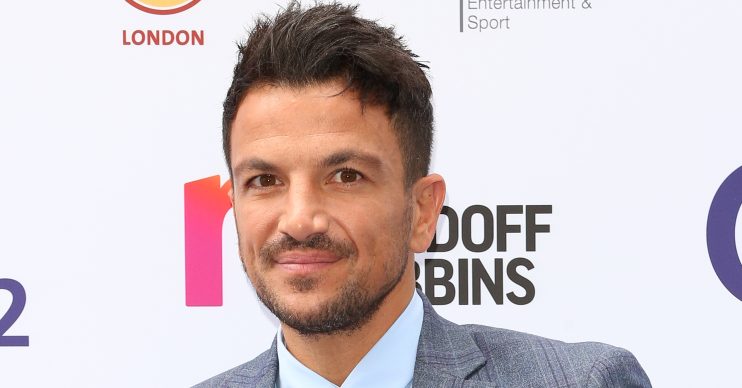 He recently celebrated four years of marriage to his gorgeous wife Emily and the milestone anniversary has clearly got Mysterious Girl singer Peter Andre in the mood for love.

Taking to Instagram, Pete decided to play Cupid as he posted a couple of videos of his shirtless brother-in-law Tom at the beach

Telling his followers that Tom was a doctor and single, Pete seemed nervous about Emily’s reaction, saying she would “kill” him when she found out about his stunt.

Ladies and gents this is Tom MacDonagh aka captain America. He’s 28, he’s a doctor, and he’s SINGLE. Oh, and he’s my bro in law. Him and Emily are gonna kill me for this. Hit him up now @t.macdonagh SWIPE ACROSS

Pete said: “Ladies and gents this is Tom MacDonagh aka Captain America.”

Worried about the reaction from the MacDonagh siblings, Pete commented: “Him and Emily are gonna kill me for this.”

Read more: Meghan Markle blasted as “hypocritical” after calling for peace after cutting off her dad

He also instructed his followers to “hit him up” and included Tom’s Instagram handle.

In the video, unaware he was being filmed, Tom strutted out of the sea and could be seen chatting to Pete about what he looks for in a girl.

Revealing that she’s “got to like football”, he turned to see the doting dad was recording the conversation and put his hands up to block the camera.

With 12,000 likes and counting, it seems hunky doctor Tom’s luck could be in.

Pete’s followers were quick to gush over the videos. One said: “Oh my days! There’s Tom Hiddleston and there’s Tom Hardy and now…. drum roll presenting Tom MacDonagh!!!!! Ladies you may now faint.”

Another said: “Love this! I’m actually a nurse but old enough to be his mother.”

Others asked Pete to “sign me up” and said: “I don’t think he’ll be single for much longer.”

So privileged to support our armed forces today at Buckingham Palace. Emily and I feel so lucky to be invited to these things and we thank everybody. Loved meeting so many of you aged from 104 down to early 20s. You are heroes #nfassociation

One follower tagged her friend and said she should “go for it” as she would “technically be related to Peter Andre”.

Father-of-four Pete – who shares kids Junior and Princess with Katie Price and Amelia and Theo with junior doctor Emily – is yet to comment on the number of dates Tom ended up with.

Hopefully he’ll learn some tips about romance from his brother-in-law. For his wife’s recent 30th birthday, Pete splashed out and gifted Emily a car.

Do you think you’re a match for Tom? Let us know on our Facebook page @EntertainmentDailyFix!