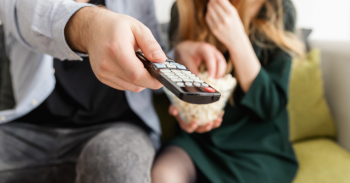 Pensioners to protest over changes to free TV licences

Pensioners have organised a protest over changes to free TV licences.

The Government-funded scheme, which provides the licences to the elderly, ends in June 2020.

The BBC has to decide whether to continue the benefit but has said that shouldering the cost would “fundamentally change” the broadcaster.

Pensioners will gather outside the Department for Digital, Culture, Media and Sport on Thursday to protest at the Government’s decision to pass responsibility for funding the TV licence for the over 75s to the BBC.

The protest has been organised by the National Pensioners Convention.

Jan Shortt, its general secretary, said: “One in four over-75s say the TV is their main form of companionship, and the scale of loneliness among older people is growing.

“Pensioner poverty is also on the rise for the first time in a number of years, and scrapping the concession will only make that worse.

“Frankly, it’s not the job of the BBC to fund part of our social policy.

“That’s the job of government and that’s what we’ll be telling them loud and clear.”

A Government spokesman said: “We know people across the country value television as a way to stay connected with the world.

“The BBC will take on responsibility for free licences for the over-75s from 2020 and it is right that they have consulted the public before making any decisions.

“We’ve been clear that we would want and expect them to continue with this important concession.”