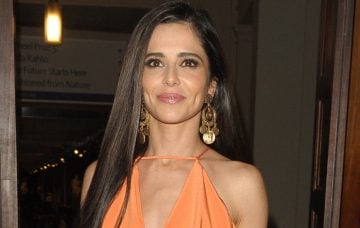 The watchdog is deciding whether to investigate

Cheryl’s music comeback has caused quite a splash – but maybe not in the way she was hoping.

Following a raunchy performance of her new single at The X Factor on Sunday evening, official complaints to Ofcom about the singer have reportedly rose to almost 100.

It was reported on Monday that Ofcom had received complaints following the raunchy performance, which saw her writhing about on the floor and licking her own hand.

At the time, 15 people had filed complaints, but that number grew to 45 after the 35-year-old posted a defiant message about “negativity” on Instagram.

However, according to The Sun, the number of complaints have now rose to 97.

The media watchdog confirmed to The Metro: “We are assessing these complaints against our broadcasting rules before deciding whether or not to investigate.”

ED! has contacted a representative for X Factor for comment.

The mum to Bear, 20 months, also posted a statement on Twitter to explain how she felt.

She said: “I wanted to start by saying thank you all so much for your lovely comments and support for my performance on Sunday. You may not have read about them but I definitely saw and felt them!

The singer, whose new single is called Love Made Me Do It, went on to say she “let a lot of things lie but the sheer level of unbalanced negativity towards me in the tabloid press these past few days has been frankly shocking and I need to address it.”

Cheryl also shared a “squad” photo and another image with sunglasses that she captioned simply: “Oh hey hunz 😎.”

Many fans defended the Girls Aloud star, who split from her partner Liam Payne in the summer.

One tweeted: “Anyone that has ever actually taken time out of their day to call ofcom and complain about something they have seen on TV need their heads testing.”

Another wrote: “So people complained to ofcom about Cheryl licking her hand on xfactor 😂 Some people don’t have a life. It’s actually funny, they’re so weird & dumb.”

The former X Factor judge returned to her old stomping ground to sing in front of Simon Cowell and his new judging panel, Ayda Field, Nile Rodgers, as well as her ex-boyfriend’s old bandmate, Louis Tomlinson.

Viewers voiced their outrage over the dance, which saw the Geordie crawling across the stage in her thigh-high leather boots, rubbing her bum, licking her tattoo, and gyrating with male dancers.

Do you think Cheryl deserves to be investigated? Leave us a comment on our Facebook page @EntertainmentDailyFix and let us know what you think.