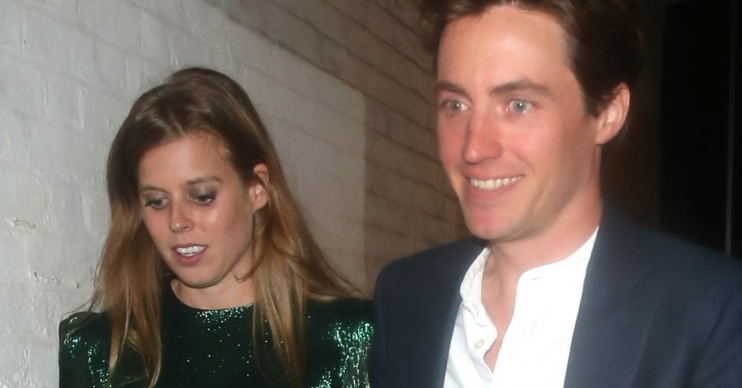 Princess Beatrice will not get married at Windsor Castle, report claims

However, she's apparently been offered a very special venue for the reception...

Princess Beatrice will not follow in her sister Eugenie and cousin Harry’s footsteps by getting married at Windsor Castle, it’s been reported.

Eugenie, 29, is due to tie the knot with her Italian property developer beau Edoardo Mapelli Mozzi, 37, later this year.

According to the Mail Online, the couple will say their wedding vows at a central London venue that has yet to be finalised.

However, in the same report it’s claimed that the Queen has offered to hold the reception at Buckingham Palace.

The last three royal weddings have taken place against the stunning backdrop of Windsor Castle.

Prince Harry and Meghan Markle said their nuptials there in May 2018, and Princess Eugenie married Jack Brooksbank at the castle in October of the same year.

Bea was delighted and very grateful to accept.

These were followed by Lady Gabriella Windsor’s wedding to businessman Thomas Kingston in 2019.

The Mail Online’s article does not state why Beatrice and Edoardo won’t be getting hitched in Windsor.

However, it’s suggested that the Queen has offered Buckingham Palace as a reception venue to give Beatrice a ‘morale boost’ after everything that’s happened with her father Prince Andrew recently.

The FBI are said to want to speak to Andrew about his relationship with convicted sex offender Jeffrey Epstein, who took his own life in his prison cell last year.

The Mail Online quotes a ‘friend’ of the bride-to-be as saying: “Bea was delighted and very grateful to accept.

“It was a really special gesture, as it will be the first wedding celebration at Buckingham Palace since William and Catherine’s in 2011.”

It was reported last month that the BBC will not be showing full live coverage of Beatrice and Edoardo’s wedding.

According to Express.co.uk, the Beeb plan to only broadcast ‘news coverage’ of the big event.

Royal author Phil Dampier told Express.co.uk: “It’s not a surprise that Beatrice’s wedding may not be televised.

“With Prince Andrew stepping down from public duties as a result of the Epstein scandal, I think it was always likely to be a low-key affair compared to her sister’s.”