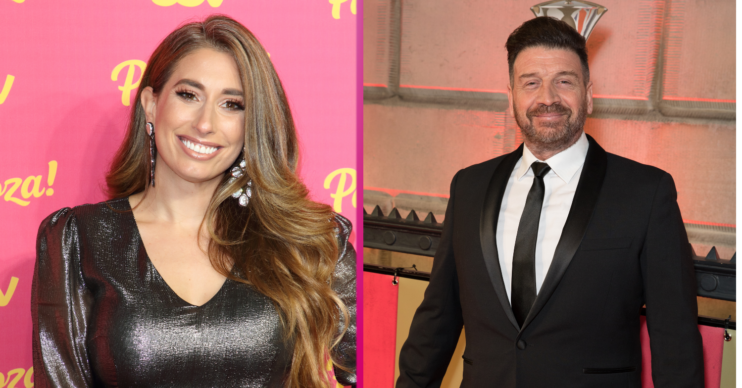 Nick Knowles has responded to a fan on Twitter who questioned whether his new Channel 5 show Big House Clearout has copied Stacey Solomon’s BBC series Sort Your Life Out.

The Twitter user wrote: “So, is the new @MrNickKnowles show on @channel5_tv basically exactly the same as the @StaceySolomon Sort Your Life @BBCOne show? Mega fun to watch, and I love both presenters, so this should be fabulous.”

Well it’s a very similar subject matter as there are many shows in this field at the moment but I hope you’ll see differences that will make it worth a watch https://t.co/zn1vcgbSCu

What did Nick Knowles say?

He wrote: “Well, it’s a very similar subject matter as there are many shows in this field at the moment.

“But I hope you’ll see differences that will make it worth a watch.”

What is Big House Clearout about?

Nick’s show Big House Clearout, which starts on August 19, offers six families the chance to change their lives if they agree to ditch at least half their clutter.

Nick visits the Everitt family in Marlow, Bucks, whose house is bursting at the seams with unique clutter in the first episode.

Mum Vicky admits her love of crafting, which she adopted after recovering from cancer, has now filled the entire property.

However, it’s now got to the point where her teenagers James and Jess are mortified to bring friends around.

Nick’s job is to set that right with a money can’t buy offer deal. But can they let go of over half their clutter in return for a home makeover?

It follows six families who move their possessions into a warehouse as they attempt to donate, recycle and sell items.

And Stacey shares her top tidying tips with viewers.

While Stacey’s show has only aired a pilot episode, the pregnant TV presenter took to Twitter last month to announce a whole series had been filmed and would air in October.

Elsewhere, Nick will be stepping down temporarily from building show DIY: SOS after 22 years at the helm.

The host won’t be hosting a Children in Need special episode.

Instead, Welsh comedian Rhod Gilbert takes his place to help build a project for local children in Hull.

“…and rallying an enormous group of local volunteers on a wonderfully ambitious and important project.”

Will you be watching Nick’s new show? Head to our Facebook Page @EntertainmentDailyFix and leave a comment!