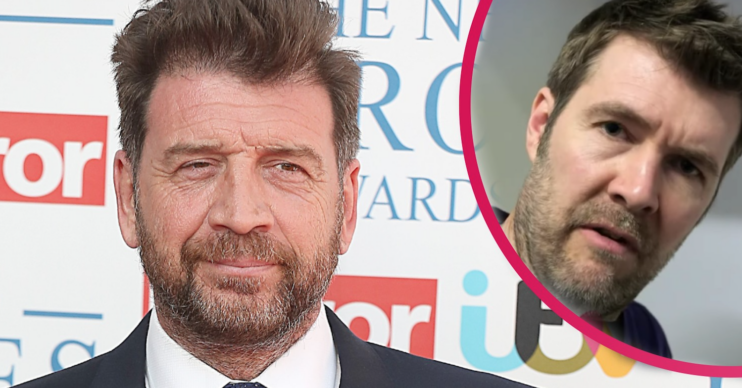 Nick will be back for the new series next year

Nick Knowles will not be presenting DIY SOS’s annual Children In Need special this year.

The show annually ventures out for charity, but it’s all change this year.

“It’s a great honour to step into Nick’s enormous steel toe-capped boots and be involved in Children in Need,” Rhod said about his new job.

“I’m looking forward to joining the infamous DIY SOS team, and rallying an enormous group of local volunteers on a wonderfully ambitious and important project.

“After having tried my hand at over 30 jobs on my Work Experience TV programme, I’m hoping I may even be of some use around the site.

What did the BBC say?

The show’s Executive Producer, Paolo Proto, said: “We are delighted to have Rhod join the team for this incredibly special build in Hull for St Michael’s Youth Project.

“We can’t wait to see him get his hands dirty, and we’ll need his humour and empathy as we transform an empty field into an adventure camping site that will benefit children and young people across Hull.”

What happened to Nick?

The news comes after Nick reportedly landed himself in hot water with BBC bosses.

Nick played a builder in an advert for Shreddies breakfast cereal.

However, his appearance did not go down well with bigwigs.

In a statement, the corporation said: “Nick is an important member of the BBC family and we are pleased that this matter is resolved.”

He will now be back with DIY SOS for a new series in 2022, after the Children In Need special.