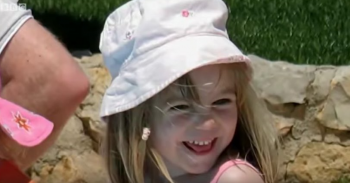 Netflix says the series has access to "never-before-heard testimonies"

A Netflix documentary about Madeleine McCann will be released on Friday, the streaming service has confirmed.

The youngster’s parents, Kate and Gerry McCann, have previously criticised the programme, saying it “could potentially hinder” the search for their daughter.

Madeleine vanished from the resort of Praia da Luz in Portugal in May 2007, while on holiday with her family.

Netflix said the series had access to “never-before-heard testimonies from those at the heart of the story, including friends of the McCann family, investigators working the case and from those who became the subject of media speculation and rumour”.

It said: “The Disappearance Of Madeleine McCann goes beyond the headlines and takes a unique look at the facts of the case as well as its impact on media standards around the world.”

Mr and Mrs McCann previously said in a statement: “The production company told us that they were making the documentary and asked us to participate.

“Consequently, o­­ur views and preferences are not reflected in the programme.”

Scotland Yard launched an investigation, Operation Grange, after a Portuguese inquiry failed to make any headway on Madeleine’s disappearance.

In November last year, a further £150,000 was granted to the investigation to allow it to continue until March 31.