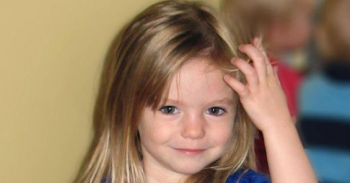 Her parents Gerry and Kate decline to collaborate

Netflix builds on its collection of real-crime documentaries this month with a programme about the disappearance of Madeleine McCann.

The docu-drama serialisation will feature interviews with key investigators around the 12th anniversary of Maddie’s vanishing from the family’s holiday apartment in Portugal.

Her parents Gerry and Madeleine will not be taking part in it, as the case is still active.

A source apparently from the streaming service told Mail Online: “Everyone everywhere is fascinated by the Maddie story.

“We would have welcomed the opportunity of working with the McCanns directly.

“They informed us they couldn’t and wouldn’t consider taking part while a police investigation is into their daughter’s abduction is ongoing.”

The series is believed to have cost £20million to produce, but Netflix can be confident of commercial success.

Countless other crime series such as Conversations With A Killer: The Ted Bundy Tapes, Dirty John and Abducted In Plain Sight have proved huge hits so far this year.

Madeline was three years old when she disappeared during a family holiday in the Portuguese resort of Praia Da Luz in May 2007.

According to Mirror Online, a friend of the McCanns said of the project: “We understand it is a serialised drama but neither Kate, Gerry nor their holiday friends and main players have co-operated in any shape or form.

“And we have no idea who the actors are. We believe it is coming out very soon, within the next two weeks and before the next anniversary.”

Will you be tuning in? Leave us a comment on our Facebook page @EntertainmentDailyFix and let us know what you think.