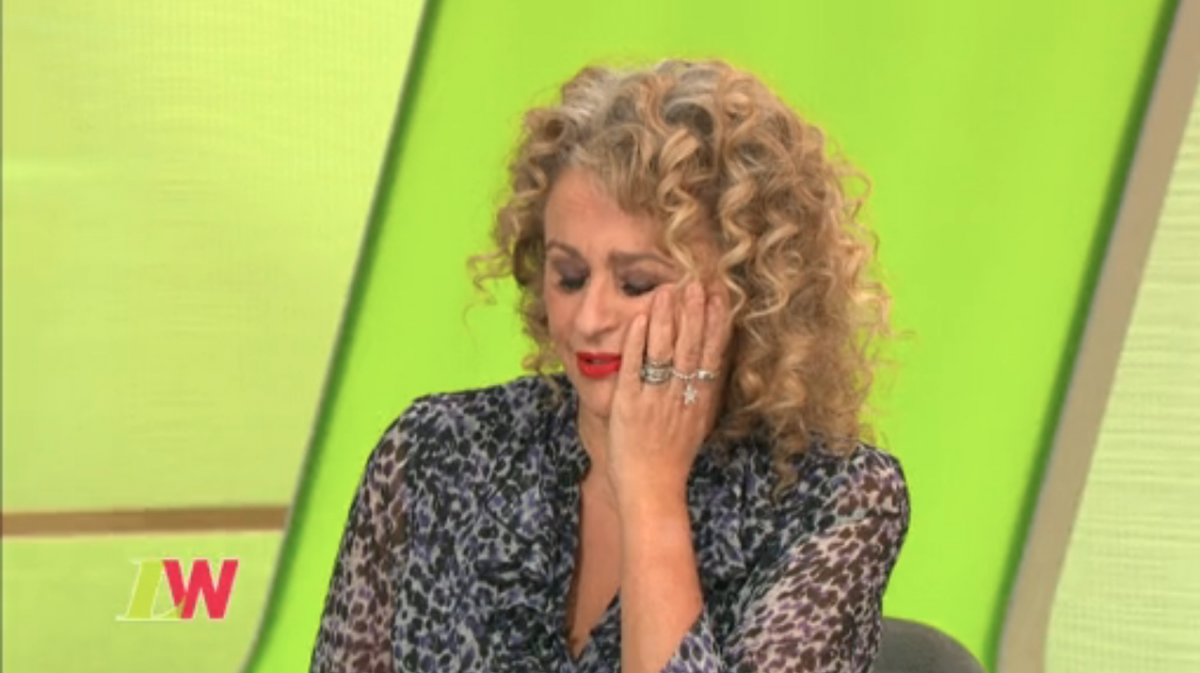 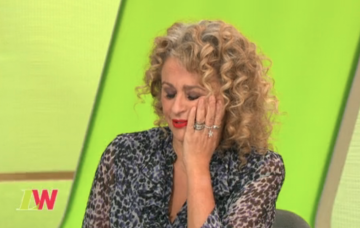 She told the panel she felt "distraught"

Presenter Nadia Sawalha was told off by Loose Women bosses during the programme on Friday after her mobile phone interrupted the show several times.

She was teased by fellow panelists Andrea McLean, Kaye Adams and Carol McGiffin for sneaking her mobile onto the studio set at the start of the programme, with Kaye joking she was already ‘in detention’ for the live TV no no.

Carol also pointed out the stowaway phone had affected the display of Nadia’s monitor in the desk before as it went off again and again.

But despite promising to be “perfectly behaved for the rest of the show”, Nadia’s vibrating handset continued to interfere with the broadcast.

Just a few minutes later, during a discussion about in-laws, Andrea interrupted herself to say: “You are being texted – your phone is vibrating.”

Kaye continued to lark about and ducked under the desk to retrieve the phone before it was taken back by Nadia.

However, producers were not amused after it vibrated again and sent word via Andrea’s earpiece the rogue device would be confiscated during the ad break.

“That is making so much noise,” an incredulous Andrea told an embarrassed Nadia, who was no longer seeing the funny side of her faux pas.

Desperately trying to turn the phone off, Nadia cringed: “It’s my alarm, I am so mortified. Just carry on.

“All these years in the business… I’m distraught.”

While some viewers were tickled by the blunder, others took to social media to complain about it.

One even claimed to be so irritated by the “embarrassing” incident that they were compelled to turn off their TV.

Nadia drove me cracked today with her phone. It was embarrassing and I turned you off.

Must have been an important text you were waiting for Nadia…