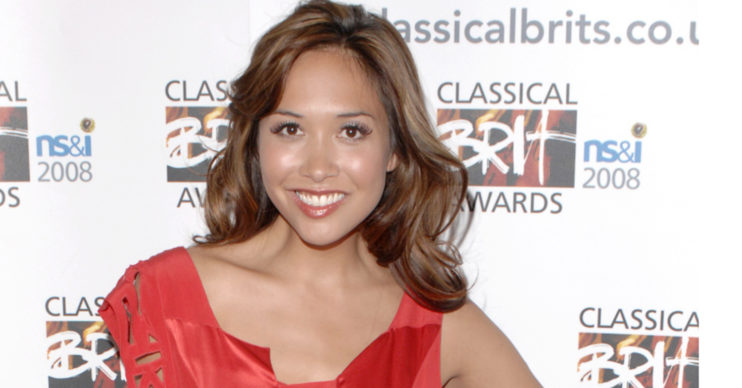 The star will be tying the knot with Mr Right

Myleene Klass is set to wed her beau Simon Motson, after the pair got engaged during lockdown.

The former Hear’Say star announced her happy news in September 2020, sharing that Simon popped the question in a shed that he’d made to look like the bar where they had their first date.

But who has the mum-of-three stepped out with in the past?

Myleene started dating Graham in 2000 after meeting through his work as a bodyguard.

They were together for many years and share two daughters – Ava, 14, and Hero, 11.

They tied the knot in 2011 but their marriage hit the rocks and they divorced in 2013.

The star has since spoken out about Graham, who reportedly faced drugs charges before they met.

After the end of her relationship with Graham, Myleene did step out with a Scandinavian man for several months.

Asked by the Mirror if she would ever reveal his identity, she replied: “No! I did such a good job of keeping it quite private, didn’t I? But honestly, it was a lovely relationship that gave me faith in people again.”

Back in 2010, Myleene was quoted as claiming that someone in Hollywood that she met with for work reasons “asked me to sign some kind of sex contract with him”.

She was quoted by various publications as saying: “I met him a few times and when I went to interview him it was like something out of a film. We were having lunch and as the starter arrived he launched into it. I was like, ‘Bugger, I’ve got main and ­dessert to go – I’m stuck here’.”

“Then his PA came over with a confidentiality contract,” she added. “I just thought, ‘Oh my God, your poor wife’.”

People speculated that she might be talking about Harvey Weinstein.

And in 2018 Myleene did hint that could be true.

Speaking about the disgraced filmmaker on ITV’s Lorraine, she said: “And there’s nothing to tell, other than he is exactly as they are saying he is. From my own experience.”

Happily ever after with Simon

Myleene and PR exec Simon were first linked in 2015 and welcomed son Apollo in 2019.

Myleene recently revealed that her daughters want to plan the wedding and are hoping to give her away.

“They’re going to make the wedding into a concert and fashion extravaganza,” she told The Sun.

Myleene is on Garraway’s Good Stuff on Saturday.