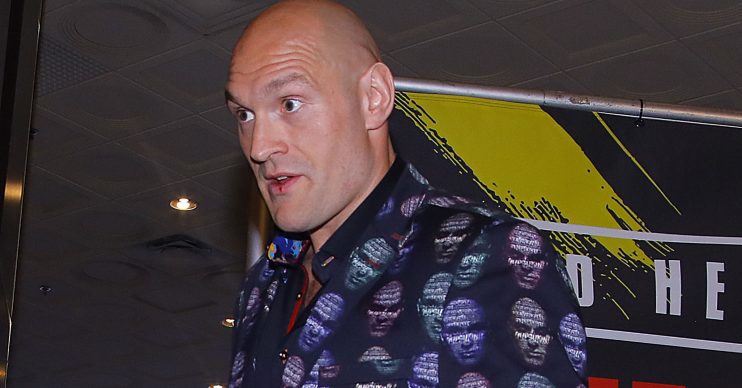 He may be worth a huge fortune, but he's still clearly a fan of a good deal.

Tyson Fury, who is worth an estimated £70 million, has enjoyed a shopping trip to discount chain Home Bargains this week.

The world boxing champion, 31, paid the store a visit shortly having returned to the UK from his victorious fight in Las Vegas, USA.

He reportedly treated each of his five children to presents, who were photographed clinging to their new toys as the family left the shop.

A surprised onlooker told The Sun: “It was amazing to see.

“Tyson has just banked millions from his fight and could buy them anything they want.

“But as all parents know, children are happy with any gift and Home Bargains has a decent toy selection so the children were delighted.”

He was snapped taking selfies and chatting with fans, and appeared to be in good spirits.

The British boxing star was already worth around £30 million before last weekend’s Las Vegas fight, but won an additional £30 million when he beat Deontay Wilder.

His upcoming fight with either Wilder again or Anthony Joshua could be worth an astonishing £400 million.

Known as ‘The Gypsy King’ he still lives relatively humbly despite his huge wealth.

He lives with his five children and wife Paris in a five-bedroom house in the seaside town of Morecambe.

Speaking on his ITV documentary series Tyson Fury: The Gypsy King he said he’s happy with his current lot.

He explained: “People say to me “why don’t you live in California or America?” – why would I?’

“Why would I abandon my own country for a bit of money and some fame?

“I love it. I would never leave Morecambe. It’s true beauty. If the weather was better, every house here would be a million quid.”

Tyson, who has openly discussed struggling with depression and drug and alcohol abuse in the past, is very much a local celebrity.

He was shown in the series to be beloved by the locals and regularly participates in local charity events.

A regular at his nearby pubs and shops, he life seems very far from the A List lifestyle many celebrities live by… and good for him!

What do you think of Tyson’s down to earth ways? Share your thoughts with us on our Facebook page @EntertainmentDailyFix.